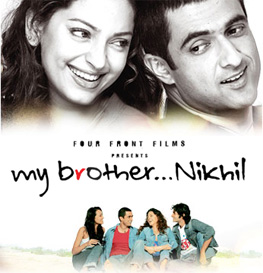 A man diagnosed with HIV is humiliatingly arrested and then sequestered in a tuberculosis ward where he is the sole inmate. This dramatic scene might as well be fiction, seeing as it repeatedly appears in such works as the novel The Lost Flamingoes of Bombay (2009) by Siddharth Dhanvant Sanghvi and the film My Brother... Nikhil (2005) by Onir. Neither mentions the person who actually lived through those events. The year was 1989; the place, Goa. Rather than being advised of his condition, a frequent blood donor finds out he has contracted HIV upon being detained by the authorities. His disease is equated with criminality. They knew him as Goa’s Patient Zero: the first reported case of HIV. To me, he was my friend Dominic D’souza.

I remember when we first met. 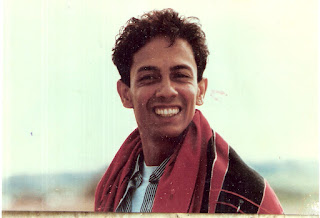 “Hi, I’m Dominic”, he had said, but I hoped he was not. The year was 1990 and I was being introduced to members of the Mustard Seed Art Company in Panjim, Goa. When I auditioned to join the Seeds as a teenager, I had heard of someone named Dominic who had been in the news. Indeed, all of Goa, if not India, knew about that Dominic. Surely, it was only a coincidence that the lead actor of the theatrical group had the same name as that other person. This Dominic was solemn, yet charismatic. I was to find that he could as easily be a goofball with a wicked sense of humour. His knack for giving ear to my adolescent woes without judgement made us fast friends. So, to me, my friend could certainly not have been that Dominic... or so I convinced myself. For as long as the facts remained unclear, I could keep myself and my parents in the dark. But in a small place like Goa, it was not long before they discovered the truth. Having been curious about who this Dominic was, when they had their suspicions confirmed, my parents confronted me. All I heard as they upbraided me were not full sentences, not even phrases – it was just that word: “AIDS”. It was the one thing I had hoped not to find out about my friend.

Looking back, I realise that most of what I learned about Dominic’s activism came from others because he was never one to seek plaudits. As a friend, Dominic was just that and never the public figure he was elsewhere. The disease had brought him notoriety, but rather than being concerned with how he had become infected, Dominic was more interested in how he could change social perceptions about HIV/AIDS. In the film My Brother... Nikhil, I recognise the activist, but I fail to see the Dominic I knew.

The movie’s title character is the son of the Kapoors, a couple in Goa who, with their daughter Anamika, relate the episodes of Nikhil’s life, in retrospect, between the late 1980s and early 1990s. Although the family’s ethnicity is not revealed, Anamika comments on how her mother is proud of her Portuguese heritage. The father is perhaps, as one might gather from the family name, of North Indian origin. The film is mainly in Hindi, with a smattering of songs in Konkani, one of Goa’s official languages. As the story develops, Nigel de Costa – Nikhil’s boyfriend – is introduced as a Goan from Dubai. Even as the movie fictionalises Dominic’s life, it appears to be uncertain about how to represent Goanness, in the midst of portraying gay identity in India, while also making a point about the ostracism faced by those with HIV/AIDS. 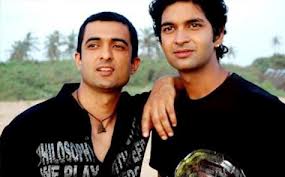 Though Goa was a Portuguese colony for 451 years, interraciality was rare. It is thus striking that the Kapoors are cast as a family whose Goanness is created by coupling characters that are of North Indian and Portuguese heritage. In their ability to speak Hindi and being, at least part, North Indian, the family is expected to appear more Indian than had they been distinctly Goan, an ethnicity often rendered as anomalous to mainstream Indic culture. Interestingly, the Kapoors’ religious persuasion is also left unclear, lest the prospect that they are Christian inhibit them from being seen as the average Indian family. What this negates is that while Christianity in Goa is syncretically Indian, the majority of Goa’s people are, in fact, Hindu. Delivering some of his reminiscences about his boyfriend against the backdrop of a Church, Nigel is meant to be seen as a Christian. Yet, as the foreign-returned Indian who challenges Nikhil for being in the closet, Nigel’s openness is associated with him having lived abroad. His liberal nature is also linked to his financial security, evidenced by his beachfront property. These ambivalent characterisations, then, partake of Dominic’s life story as a Goan person, but attempt to subsume Goanness within a general perception of Indianness. At the same time, the film aims to focus on the trauma of its gay Indian characters by making their struggles synonymous with a more global interpretation of gay rights, itself associated with being male and middle class. Relying on the “Indo-Portuguese” and diasporic identities of the lovers as multiculturality, the film attaches the travails of its characters to the plight of other gay men like them in the world beyond India. 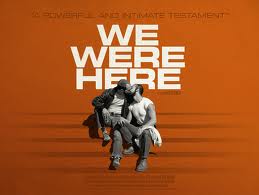 While AIDS cannot be separated from the history of the gay rights movement in the decades since the disease’s advent, it has never been an affliction that only befalls homosexual men. In his review of We Were Here (2011), Andrew Pulver of The Guardian applauds David Weismann and Bill Weber’s documentary about “the ravages of the AIDS virus ... on early 1980s San Francisco, where thousands of gay men died ... before prevention education and community activism helped slow the devastation”. But Pulver notes that “the ongoing disaster in Africa gets barely a mention”. Indeed, this omission occurs because We Were Here spotlights the experiences of white gay men, which are meant to stand in for those of all HIV/AIDS victims in 1980s America. Among the film’s main interviewees, only one is an African American. Though gay men were at the forefront of AIDS activism in the 1980s, the film notes that lesbians also looked out for the community, but little is said about how the disease affected people of different socio-economic and racial backgrounds, many of whom participated in the movement too. That these AIDS-related issues in the United States are themselves connected to access to care across the globe is additionally occluded by the film’s myopia.

Similarly, My Brother... Nikhil, purportedly the first Indian film about homosexuality, “owns” AIDS as a gay disease – In it, the greater risk of contracting HIV through homosexuality becomes symbolic of the trauma of being a middle class, Indian, gay man. In the hateful Goa of the film, already having to deal with the incarceration of his HIV-infected lover, Nigel returns home one day to see the word “faggot” spray-painted on the walls of his house. Forgoing Hindi, which the film had to this moment used as its mode of expression, the slur in English communicates local knowledge of homophobia from the world beyond. Literally, the writing is on the wall as provincial Goa becomes no different than the rest of the planet in its treatment of gay men because of AIDS.

While the film does well to identify prejudice and the need to address it, in parlaying Dominic’s legacy into an insular form of activism, it denies the greater activist potential of the queer movement. In the movie, Nikhil establishes an organisation called People Positive, mirroring Dominic’s own work in creating a non-profit called Positive People which was the first Goan organisation of its kind and one that still exists. Despite the way he had been treated, Dominic loved Goa and saw himself as part of it. He wanted that no one else in Goa should have to go through what he did. Simultaneously, his advocacy efforts took him around the world where he became a voice for those discriminated against because of HIV/AIDS. This contrasts with My Brother... Nikhil where discrimination becomes the driving force for instituting a gay identity that separates itself from ethnicity while conjoining with more global iterations of gay rights that are largely male- and middle class-centric. At a moment where gay rights in several parts of the world has become so eminently concentrated on marriage equality, AIDS activism no longer occupies centre stage as it did historically. Due to advances in medicine, living with HIV is no more the death sentence it was, but this is not a global phenomenon and access to healthcare, even in countries like the United States, leaves much to be desired for communities of colour and those who are low income. Dominic’s brand of activism is a reminder that acceptance cannot be narrowly defined. 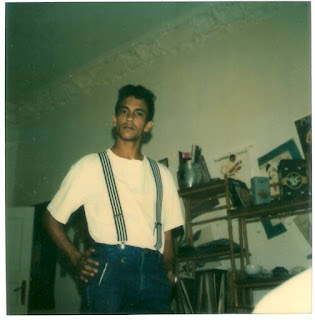 I remember the last time we spoke. It was the only occasion Dominic said anything about his activist work to me. He mentioned an impending conference abroad. Suddenly, he was not just a friend I knew from the theatre, who laughed at my jokes, and empathised with me. He was someone whose influence touched the lives of people on the world stage.

Dominic, I did not get to say goodbye to you twenty years ago in May 1992 when you breathed your last in a Bombay hospital. I had hoped you were not that other Dominic, because it would mean losing you. But the world is a better place because you were in it. Not a day goes by that you are not remembered, my friend. Rest in peace...

To purchase a copy of Trikone, visit their website. This article has also been reprinted in the Summer 2013 issue of Pink Pages. Another article on the film My Brother... Nikhil appears in the March 2011 issue of the Journal of Creative Communications.
Posted by the nightchild at 3:54 PM