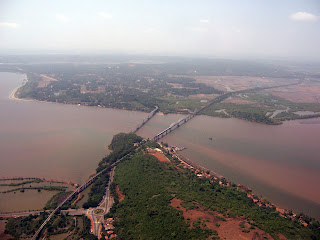 I crane my neck for a last glimpse long after the aircraft lifts off the red earth. Already there is longing.

After a month in Goa during the Golden Jubilee year of its decolonization, I left feeling the weight of the past tethering me to the land of my origins. Goa’s historic tryst with the world and a preoccupation with futurity were palpable in events like the Goa: 1961 and Beyond conference held at Goa University, but also in online fora, in conversations, and in the press. Right alongside these was the artistic, as with the second Goa Arts and Literary Festival. Predicated on commemorating 19 December, 1961, such affairs indicate Goa’s potential to inspire further creativity and scholarship. There is a desire for an acknowledgment of Goa’s legacy and what it is to be Goan. Here is a moment and momentum. What would it look like to translate this into a field called Goan Studies? How might we consider the world from Goan perspectives? I will not dwell on the unoriginality of this idea, often proposed yet unfulfilled. Instead, I will stress its necessity. The Jubilee events are a step in the right direction, and it is important now that a destination be arrived. 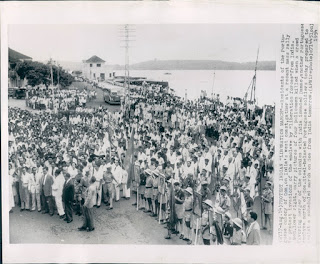 It is ironic for a transnational writer to advocate a permanent location to ground epistemology and creativity. Indeed, I understand my own “Goanity” as having emerged from my family’s history outside Goa. But the palimpsests of Goa and its diaspora crossover. In Goa: A Daughter’s Story, Maria Couto points to the “cultures from across the ghats and beyond the seas [that] have clearly contributed to ... a [Goan] society that is cosmopolitan in its rootedness.” Even so, Couto’s articulation of a historic multiculturality cannot be conflated with similar contemporaneous migrations. 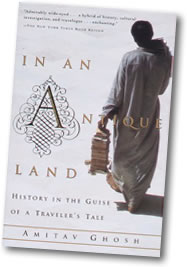 At the Arts and Literary Festival, writer Amitav Ghosh reflected on migratory trends in Goa that he is a sometimes-resident of. He noted the presence of “the Russian mafia, ... vendors from Karnataka and Maharashtra, ... workers ... from Bengal, Jharkhand, Orissa, and the North-East...” and their influence on Goa where he can now “listen to coconut sellers from Siolim bargaining in the language of Dostoevsky, Tolstoy, and Turgenev.” In this poetic enjambment, all history and differences of identity are collapsed when dead Russian authors, migrant workers, and traditional labourers occupy a fantastic togetherness. “All of this is new. I am not afraid of it,” Ghosh proclaims of our antique land, finally speaking for Goans themselves.

Ghosh’s eschewing of historicity echoes in João da Veiga Coutinho’s A Kind of Absence when he claims that for Goans “roots have been replaced by horizons.” A replacement though is not the equivalent of an erasure. Too quick to privilege horizons, Coutinho can still not deny the persistence of roots. At a time when the continual reiteration of the loss of Goan identity in the wake of globalization reaches a deafening cacophony, it is not proclamations of authenticity that are useful. Alternatively, we require multivalent discourses on how we belong to the red earth rather than the other way around. I see Goan Studies greatly contributing to this end.

An online version of the print article can be viewed here.
Posted by the nightchild at 3:08 AM No comments: