The GTDC plans to turn Aguada Jail into a tourist attraction, but will this imprison its history? 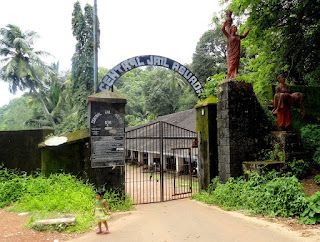 A prison is not an amusement park. And while the Goa Tourism Development Corporation (GTDC) may not seek to convert the Central Jail Aguada, which formerly existed at the same site as the seventeenth century Aguada Fort, into a funfair per se, its recently announced plans to makeover the location sound rather Disneyfied.

Consider GTDC’s proposal to turn the fort and the jail into a tourist attraction by having a sound and light show, activity zones, and more at the location. Ostensibly, the purpose of the intended phantasmagoria is to pay tribute to Goa’s freedom fighters. The connection to the historical spot is that it is famously known as one where agitators against Portuguese rule were incarcerated. Yes, the changes GTDC wishes to make have an educational element in that the proposed show will give tourists the opportunity to learn about Goa’s anti-colonial legacy. However, one must be suspicious of the motives of this scheme which seeks to fold Goan history into a general understanding of the region as part and parcel of India. As these things go, it can be expected that the ‘teaching’ imparted through the edutainment will be anti-Portuguese while also being hyper-nationalist.

For example, according to a 7 August, 2016 news report, GTDC has expressly stated that it wishes “to restore and revive the history and heritage of the jail in line with the concept at the British-built Dhagshai Jail in Himachal Pradesh and Cellular Jail in the Andaman Islands”. In other words, the plan is to make Aguada get in step with the rest of the nation’s colonial history, even though Goa was not a British colony. In turn, this then leads one to believe that any attempt to render Goa’s freedom struggle in the spectacle GTDC hopes to produce at the jail will link it, predictably, to that of formerly British India.

While there were strands of Goa’s complex anti-colonial movement that aligned themselves with Indian nationalism, even these elements foresaw liberation from the Portuguese as being rather different from its outcome. In his 2012 essay on “O Barco da África/The Africa Boat” (1964), a short story by Laxmanrao Sardessai (1904-1986), Paul Melo e Castro explains that though Sardessai was an “active campaigner against Portuguese rule”, his fight was not against the Portuguese language or culture (pp. 129-30). As proof of this, Melo e Castro points to the fact that it was not until Sardessai’s post-Liberation return to Goa from political exile that he began writing in Portuguese, having hitherto written largely in Marathi. The impetus for this, Melo e Castro gathers, was the political moment that ensued with the ousting of the Portuguese and Goa’s uneasy transition into the Indian fold.

“Sardessai’s writing was explicitly in the service of supporting cultural and political autonomy for his society”, Melo e Castro observes, and goes on to argue that “Sardessai’s turn to writing in Portuguese (and Konkani) after a lifetime of renown as a Marathi writer must also be seen as a response to de-specify Goa…” (p. 130). Published in separate Portuguese and Marathi versions, Sardessai’s “The Africa Boat” is also instructive for the discussion at hand, for it too is set against the backdrop of Aguada Jail.

Evidently, Sardessai must have drawn from his own life experience in writing the short story, having served time as a political prisoner. In the tale, which takes place during the Portuguese era, an unnamed Goan prisoner, incarcerated for his involvement in the anti-colonial struggle, strikes up a friendship with his jailor, who is African. In depicting a kind of Portuguese multiculturality, Sardessai also captures a moment in Goan history when soldiers from Portugal’s African colonies were brought to Goa to quell uprisings. Not only does this demonstrate the particularities of the Goan milieu at the time at which the story is set, but the short piece is also remarkable in that it depicts Portuguese culture in the absence of any white Portuguese characters. While this is made apparent in the language in which the story is written, Portuguese would also have been the only tongue common to both the Goan prisoner and the African guard.

It is with scepticism, then, that one regards the ability of GTDC’s planned sound and light show to capture such nuance in depicting Aguada’s legacy to tourists, especially when nationalism is high on the agenda. But what is also of concern is how the making of Aguada Jail into yet another badly thought out tourist trap will obscure such issues as prison reform. 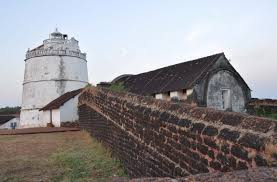 Transitioning from being the carceral space that once held anti-colonialists to then becoming a jail after Liberation, Aguada now no longer serves that function, with the prison having been relocated to Colvale. While it was a prison, the Central Jail attracted attention for the poor conditions in which inmates were kept, there being reports of food poisoning, and even a 2013 death as a result. Thanks to the efforts of prison reformers such as the late Sister Mary Jane Pinto (1941-2016), Aguada’s prisoners were not entirely forgotten. Her efforts in teaching them a trade, gave credence to the notion that reformation is an alternative to unredemptive carcerality. By turning Aguada into an amusement site, not only is its history at risk of being mangled, but so also empathy for the incarcerated and the need to rethink prisons. As the jail will now symbolise the idea of national and personal freedom, where tourists can frolic, its nuanced past will be held hostage instead.

From The Goan.
Posted by the nightchild at 3:00 AM No comments: 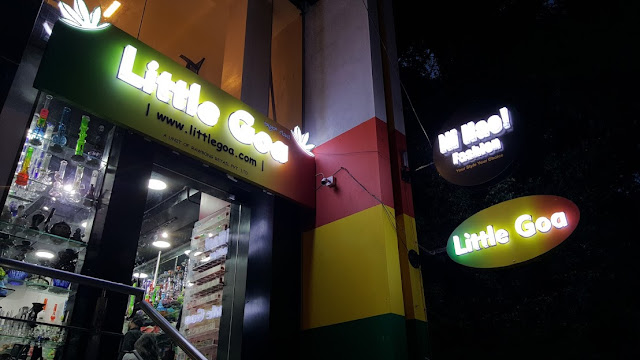 Goans are all too familiar with the many ways in which their land and culture has been appropriated by the tourism, real estate, and film industries in India. Indeed, it is not only large scale players who participate in the use of what might be described as Goan caché, as was evidenced to me on a recent visit to Bangalore. There, amidst the bustle of happening Church Street, I spied a brightly lit sign for a store that calls itself Little Goa, its wares including all manner of paraphernalia associated with smoking not tobacco alone.

No doubt, the purveyors of these various accoutrements that allow one to partake of a herbal high adopted the Goa moniker to evoke the small region’s history as a hippie haven in the 1960s and 70s. Part of the experience for the Western nomads who journeyed to Goa, half a century ago, was bringing their friend Mary Jane along, as Little Goa hopes to remind punters. At the same time, the vivid hues adorning the shop’s signage are reminiscent of the psychedelic colours associated with the erstwhile rave scene of Goa at the turn of the 21st century. Attracting a global range of visitors, these electronic dance music fests were augmented with chemical indulgences in settings festooned with sensory stimuli of the brightest colours, no different from those adorning the entrance to Little Goa. Together, these elements that evoke hedonism frame the Bangalore shop as a little getaway to the pleasure periphery of Goa.

But the cultural appropriation of Goa is not exclusive to the Indian context alone. Take Goa Taco, New York’s “pop-up paratha taco joint”, where hipsters have found a way to flatten out (like a paratha), all difference between foods from South Asia and south of the US border. As their website helpfully explains, a Goa Taco is an amalgam of “‘[G]oa’, like the vibrant trading port in [I]ndia (paratha flatbread comes from [I]ndia)” and “‘taco’, like a taco” because, clearly, a taco needs no further introduction. And hence is born “paratha taco: the buttery, flakey lovechild of the tortilla and croissant filled with all delicious thing [sic] from everywhere. [A]nd finally, ‘goa taco’ because we want you to: go-a-taco!” I wish I could tell you I was making this up. 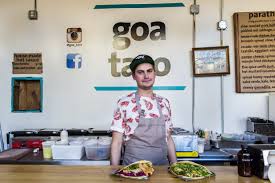 Make no mistake; while the contemporary hipster might share the origins of the name given their subculture with the hippies of yesteryear, the two could not be farther apart. Though we might point a finger at both for being culturally appropriative – Black music and Native American garb for the love-children of the sixties and keffiyehs and penny-farthings for the more recent brigade of cool kids – the earlier generation of socially disenchanted folks still believed in creating community that was radically different from the mainstream. In comparison, today’s hipsters have largely appropriated fashion and other cultural elements to set themselves apart individually (while only succeeding in looking like every other hipster on the block). Yet, the other commonality shared by both these subgroups, even as decades might separate them, is their ineluctable whiteness.

Even so, hipster racism and cultural appropriation are not the domain of white people alone, even as they are markers of white privilege. Take the wares being sold online by the transnational South Asian publication Kajal Magazine, whose tagline reads “Make America Brown Again”. Commendably, while Kajal’s Instagram account expresses their solidarity with the Black Lives Matters movement in the United States and some of their articles cover racism, cultural appropriation, as well as marginalisation within South Asian communities, the magazine seems to miss the irony of selling hats featuring palm trees flanking the slogan “Goa Way”. 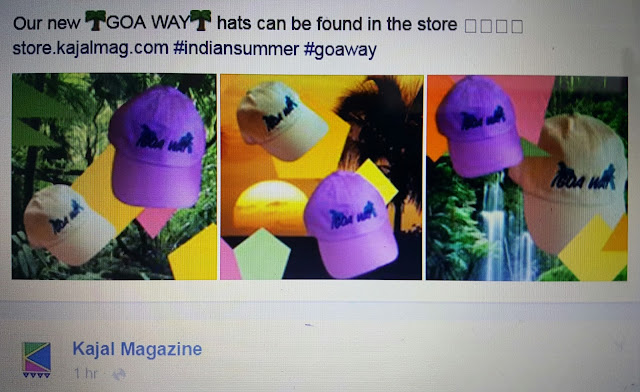 “Our new Goa Way baseball hats have been added to the Kajal Store! It comes in two colors: popsicle pink and sunshine yellow. Get yours just in time for end [sic] of this ‪#‎IndianSummer” their Facebook page proclaims. What exactly is the “Goa Way”, one wonders. Is it the idea that anything goes in Goa? Much like the hipsters that brought New York the delectable Goa Taco, Kajal Magazine seeks to roll Goa and India into one without accounting for the colonial relationship between the two. At the same time as the magazine’s “Make America Brown Again” catchphrase is supposed to call out the inherent racism of US presidential hopeful Donald Trump’s anti-immigrant slogan “Make America Great Again”, it reveals a strain of Indian American ethnocentrism that is predicated on a blind faith in the greatness of the homeland. Really, it is much akin to the self-absorption of hipsterism.

First, there’s the unquestioning belief in the notion that all is well in India if one has a beach to lie on. This colonial fantasy relies on those ubiquitous markers of alleged Goan culture used to package Goa for mainstream Indian consumption: sunshine, coastline, and palm trees. In this, the diasporic Indian community proves itself no different in consuming Goa with no engagement with local concerns about the environment or equal access to housing – problems caused by Goa’s location as a holiday and second home destination for India. And then there’s the casual use of the term Indian Summer, which fails to grapple with a history of appropriation from Native Americans, and not least their land. Perhaps one expects more from ostensibly socially conscious South Asians, but we’re going to have to let that indulgent impression Go Away.
From The Goan.
Posted by the nightchild at 11:26 AM No comments: