Night had fallen on Melbourne by the time I had gotten through immigration and customs. I made my 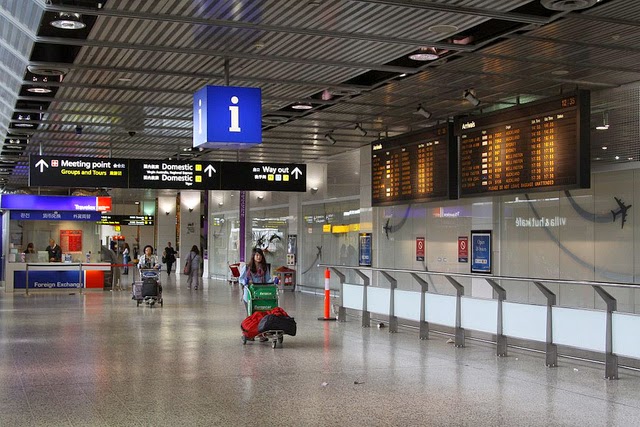 way through the crowd of smiling people, some holding up “Welcome Home!” signs. For a moment, I entertained the possibility that at least one of them could be for me. In the arrivals area, I found a quiet spot and, fortunately, free wifi – always such a boon to itinerants. There was just enough power on my phone to send a quick message to let my folks know I had arrived safely. For a long while, I stood by my luggage cart and eyed the exit. I was not ready, just yet, to leave the neutral space of the airport, and step into terra incognita.

Sure, I had found myself in this same situation many times before. But it never ceases to feel daunting, that alienness of being on the precipice of starting life anew. En route to Australia, I broke my journey in Beirut. At immigration in Lebanon, I surmised that the officer was asking me if I spoke Arabic, but being unable to respond in that tongue, I apologized in English. “How come?” He interrogated. “You were born in Kuwait,” he said, jabbing his finger at the tell-tale information in my American passport.

Just a few weeks prior, the moustachioed official collecting departure cards at Bombay’s Chhatrapati Shivaji International Airport – which will always be Sahar Airport to me from my childhood memories of transiting through there between Kuwait and Goa to see my grandmother – insisted on speaking to me in Hindi. As if to go with the nationalistically inclined name change of the airport, he questioned my inability to articulate myself fluently in “the mother tongue” that is completely unknown to my mother who was born and raised in East Africa. Waving my Overseas Citizenship of India card in my face, he chastised me, in Hindi, for not speaking the language of “your country.” I thought of the title of that novel, the one in which James Baldwin writes, “The aim of the dreamer, after all, is merely to go on dreaming and not to be molested by the world. His dreams are his protection against the world.” I thought of 1961, the year in which Goa ceased being Estado da Índia Portuguesa and, without the benefit of a local referendum to ascertain the will of its people, was handed over to India some fourteen years after a certain “Tryst with Destiny.” I signed my Portuguese name on the exit form, and departed the country that neither of my parents, nor I, had been born in.

“It’s not just another country for you,” a friend remarked. “It’s a whole other continent.” Nonetheless, some things were immediately familiar, I thought to myself as I prepared the cash to pay the taxi 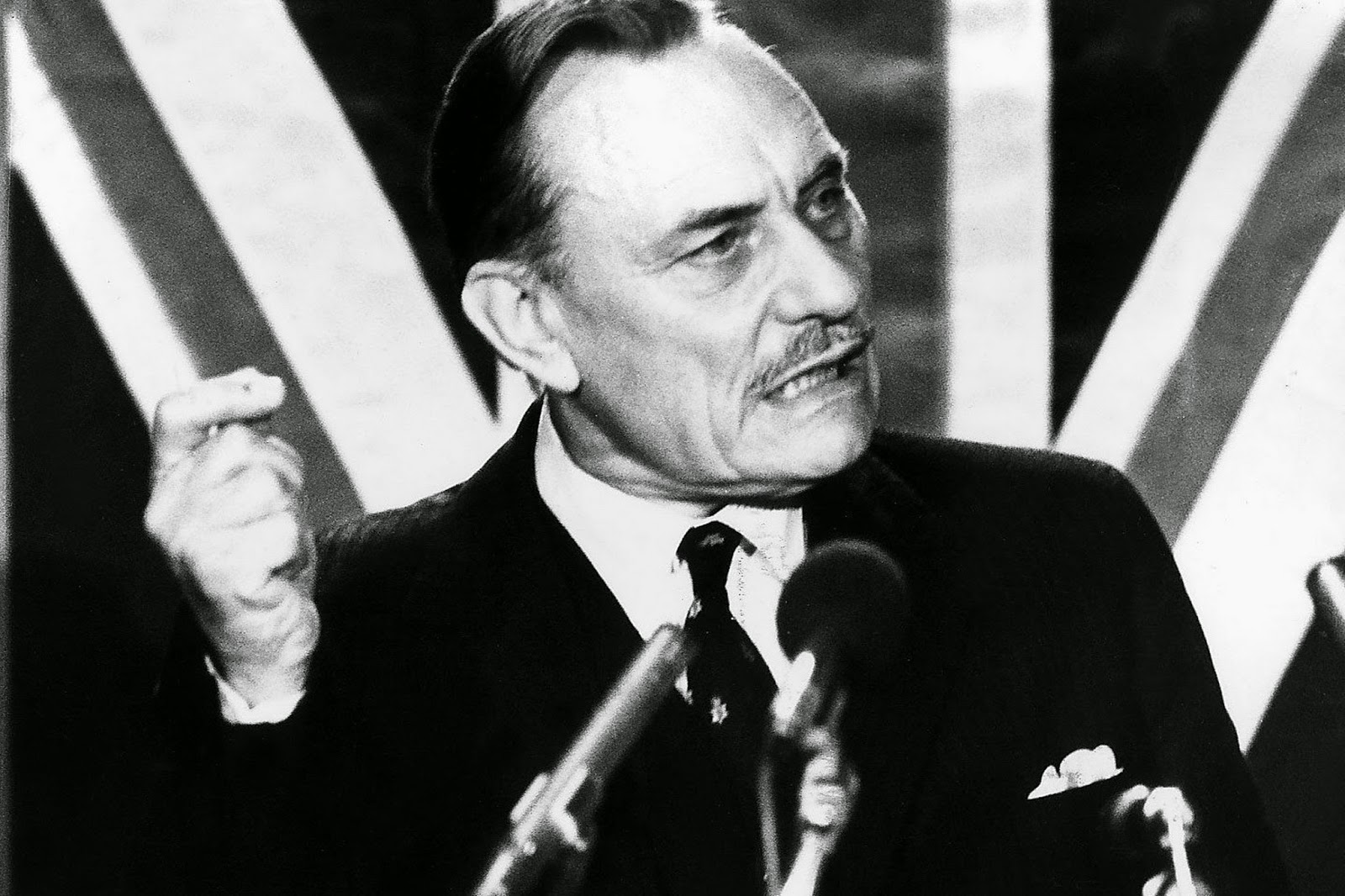 driver near the end of the ride from Melbourne’s Tullamarine Airport. For instance, there was the crowned head on the heavy currency – the paradoxically common royal visage on the coinage of the Commonwealth. I remember her well from those days of scrounging together my all too uncommon wealth as a student in London. And English is spoken here – that other imperial legacy. I thought of 1968, the year in which England withdrew the right of entry to British passport holders from its former colonies and how the lie was given to the concept of the Commonwealth. I thought of “Rivers of Blood,” Enoch Powell’s speech delivered that same year, in which he proclaimed, “Whatever drawbacks attended the immigrants arose not from the law or from public policy or from administration, but from those personal circumstances and accidents which cause, and always will cause, the fortunes and experience of one man to be different from another's.” The rising anti-immigrant sentiment resulted in the turning away of exiles, some of them South Asians from once British East Africa. Never mind that they were part of Britain’s history, or that they spoke “the same language.”

There was an awkward silence when the cab driver finally ended the call he had been on from the time he had picked me up. I had gathered from the phone conversation that he was Punjabi. “How long have you lived here?” I enquired. “Ten years.” After another protracted pause, he asked, “You’re here for work?” I nodded. “Yes. New job.” He said, “Good, good.” Leaning forward in my seat, I queried, “So, some years ago, there were those attacks, no? On Indian students… Some were murdered?” His head bobbed in assent. “But it is safe. You know… just mind your own business. You do your work and you go home after and everything will be fine.” 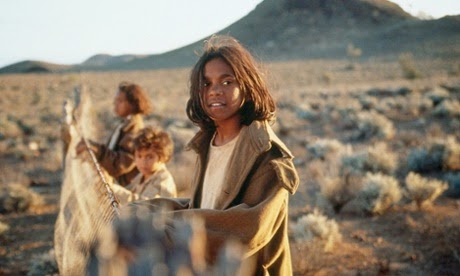 I thought about whose home this country really is and I thought of homelessness. I thought of 1869 and the ironically named Aboriginal Protection Act, which led to the Stolen Generations of state-abducted indigenous children. I thought of Doris Pilkington’s Follow the Rabbit Proof Fence, which was turned into a film and tells the story of just such Aboriginal children who had been taken away from their families. I thought of the earliest South Asians to come to this country, the so called “Afghans” who served as cameleers in the 1860s, transporting goods across Australia’s deserts - Muslim men who married into Aboriginal communities. I thought of the migrant who goes everywhere and belongs nowhere. “This is your stop,” the driver announced as he slowed down. “All the best!”

This article appears in the June 2014 issue of India Currents. A shorter version of it can be read in The Goan.
Posted by the nightchild at 1:12 AM No comments: 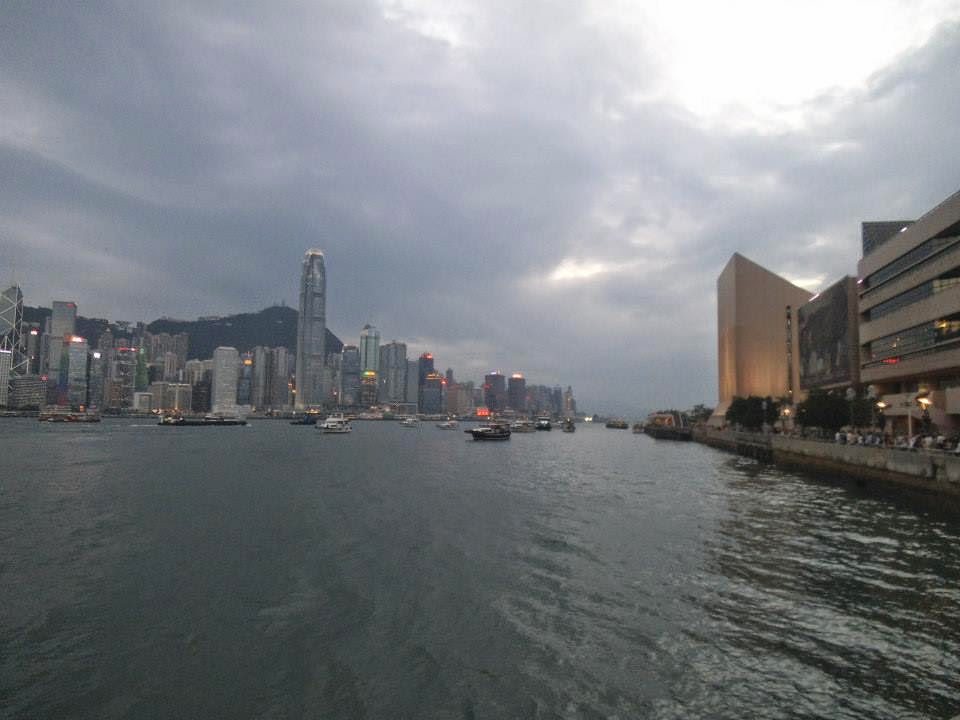 I had visited Hong Kong for the first time shortly before the British were to return the city-state to China. There was a palpable sense of uncertainty on the island. I wondered if this is how it had been in Goa in 1961 as the enclave lingered between Portugal and India. My layover in Hong Kong was on the return journey from what had been my first visit back to Goa after I had emigrated to California. Already, I missed being with family and friends.

Seeking a sense of familiarity, I followed the spice route – or at least the fragrance of spices – in the narrow hallways of the building in which I was rooming and arrived at a tiny Indian eating place. It was so nondescript, it could not even be called a restaurant. Mostly incongruous because it was nestled in a skyscraper, it fit right in with the other eateries and little guest houses crammed into the many floors of the building. Throughout this Kowloon landmark, backpackers, entrepreneurs, and clients from across the globe made up its hustle and bustle. Infamously captured in a Wong Kar Wai film, the ground floor shopping area had been reduced to nothing more than a seedy underworld. There was much comfort to be had in this world within, ensconced as I was among these fellow migrants of similar hue. It was the best Indian meal I have ever eaten. True, I do not even recall, now, what the dish was. All that mattered was that it was eye-wateringly pungent and that the South Indian waiter, who nodded a welcome, had filled my plate with more food than that of any of the other patrons there. 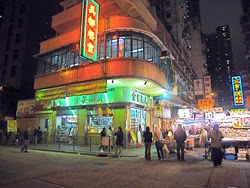 Nearly twenty years on, at a dessert cafe in a back alley that can only be described as a hipster paradise because we are seated by the side of trashcans and the weekend crowd we are engulfed in would not have frequented this neighbourhood in times past, I tell the people I am with that I had been to the now-Chinese territory before. They are a group of expatriate architects that I meet because of the conference I am attending in Hong Kong. “I’m sorry,” one of them scoffs when I say the name of the place where I had resided. He recapitulates quickly upon not receiving the reaction he had expected. “They’ve cleaned it up lots, I believe,” he equivocates.

Certainly, when I stopped by the building a few hours prior, I had noticed the changes. An anthropologist colleague had accompanied me to the iconic building which she had read about in Gordon Mathews’ book, Ghetto at the Center of the World. There, we found what we had scoured the entire city for – a pair of dolls from the Disney movie Frozen. The popularity of the film had caused the toys to fly off shelves and appear on eBay at several times their original value. “My daughter will be so thrilled,” the anthropologist said as she studied the knock-offs. “And when she’s old enough, there’ll be even more of the story to tell her because I got them here,” she mused, as we walked around the warren of shops. The place had not changed to the point of being unrecognizable. Somehow, in this ultramodern city, it had managed to retain its unsanitised history – a hive of multiculturality, at once retrograde and the very definition of globalised modernity.

Just before leaving for Hong Kong on that maiden voyage two decades prior, a European student who was on holiday in Goa gave me some advice on traveling to the then colony. “Whatever you do,” she warned, “do not stay at the Chunking Mansion.” I remember staring up at the sign outside the building after I had gotten a room there, and I had thought to myself how amusingly inappropriate the name was.

An online version of this piece as it appears in print can be seen here. 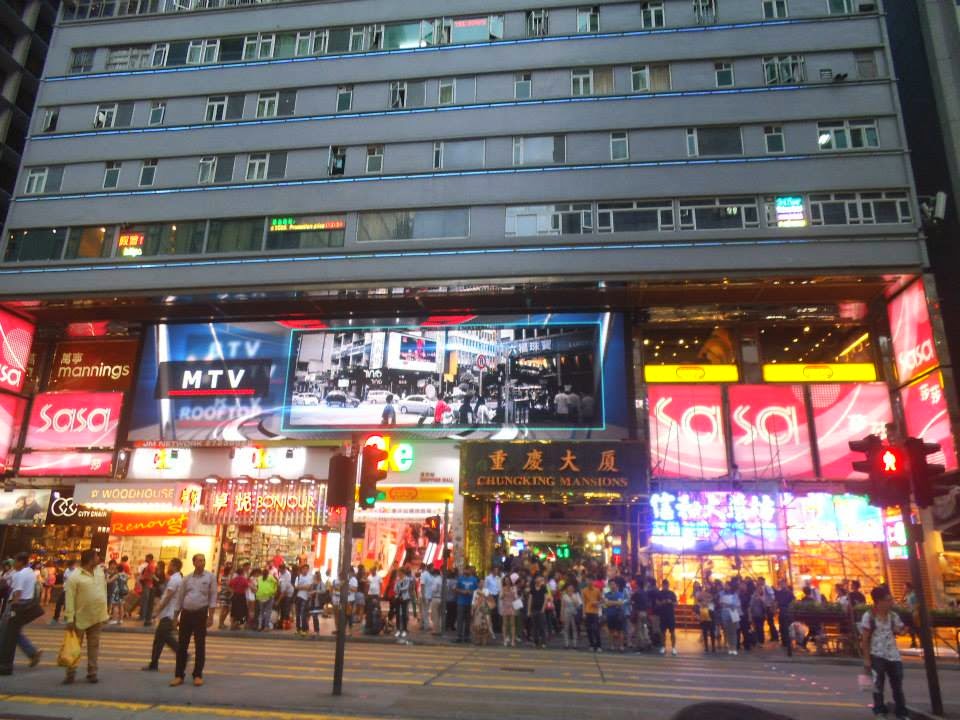 Posted by the nightchild at 5:13 AM No comments: