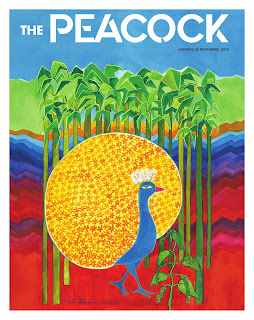 Upon a friend’s suggestion, I checked out the new Indian supernatural Netflix series, Typewriter. I was so horrified that I had to stop watching.

The show was in Hindi.

What’s strange about a web programme from India being in the national language, you might ask? Well, Typewriter takes place in Goa, its lead character named Jenny Fernandes. The series’ use of Hindi is perplexing, given its ostensible location in Goa where Konkani and Marathi are linguistically regional. This follows a common trend in which Bollywood movies tell Goan stories, as in Trikal (1985) and My Brother… Nikhil (2005), but do so to the near exclusion of local languages (and talent, it might be added). 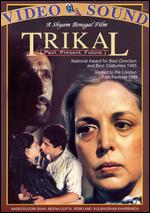 Such films centre characters meant to be Goan while relying on facts from Goan history. Trikal unfolds in the aftermath of the end of Portuguese colonialism in Goa, while My Brother… Nikhil is based on the life of Goan activist Dominic D’Souza, the first person in India to be diagnosed with HIV. The use of Hindi to tell such stories is jarring. It is reminiscent of Kimiko Akita’s observation of the strangeness of the film Memoirs of a Geisha (2005), where its traditional Japanese women are heard to be “speak[ing] English fluently” (Global Media Journal, Fall 2006).

Bollywood’s language colonialism via Hindi not only undermines regional languages and cultures in the telling of stories not situated in the Indian hinterland, but also subsumes diversity by imposing the ubiquity of a national language upon the peripheries of the country. More importantly, it also accepts unquestioningly that Hindi is a national language. 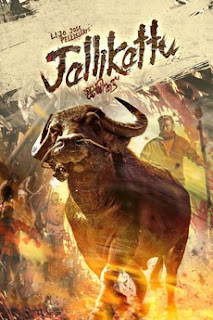 Writing for The Week (14 September 2019), former Supreme Court Justice Markandey Katju emphatically states, “The truth is that Hindi is an artificially created language, and is not the common man's language, even in the so-called Hindi-speaking belt of India. The [commonly used] language in … [this region] … is not Hindi but Hindustani or Khadiboli…” Katju further explains that the rise of nationalism posited Hindi as an Indian language versus Urdu, a cleavage drawn between the two similar tongues to “divide … Hindus and Muslims…”

In a country that produces more films than any other globally, it is easy to recognize the role cinema can play in inculcating language and cultural normativity by seeming to unite a nation through monotonous linguistic storytelling.

Conversely, a truly national cinema should aim to support diversity by encouraging the making of films in local cultural and language contexts. Here, IFFI 2019 is exciting for the range of cinematic heritages covered, though still more needs to be done towards the inclusivity of lesser represented regions, Goa among them. At the festival, new films like In the Land of Poison Women in Pangchenpa, Jallikettu in Malayalam, Kenjira in Paniya, and Amori in Konkani provide refreshing alternatives to Hindi and North Indian cinema. 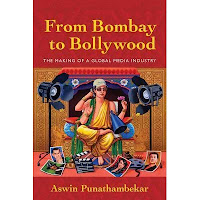 As Aswin Punathambekar finds in his book Bombay to Bollywood (2013), it is not through cinema halls alone that a national film industry accumulates and exercises cultural power. Rather, it also relies upon other forms of media; these include the radio, television and, now, digital platforms, like Netflix.

For there to be a true change in propagating diverse film cultures across India, cable television, web programming, and other sources of nationally available media need to make room for filmic voices that are not solely in Hindi.

Wouldn’t it be stimulating to be in Delhi and switch on the telly at 9PM to catch a film about the South in Telugu? Now that would really show what cinema can do.

Posted by the nightchild at 9:44 AM No comments: 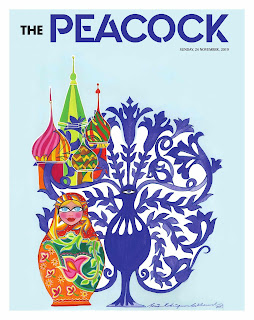 When’s the last time you saw someone dark-skinned in a South Asian film. I don’t mean “dusky.” But really, really dark? To say that Indian subcontinental cinemas have a predilection for actors who are light of complexion is, well, hardly enlightening.

Such beauty standards are reinforced by the appearance of female and male Bollywood movie stars in commercials where they shill skin-lightening products. There’s no subtlety in the message here: one cannot be dark and lovely. To be as beautiful as the movie stars, these advertisements urge, one has to chemically (ouch!) transform something as fundamental as their skin colour.

Beauty standards apart, the very technology of film has itself been historically predisposed to whiteness as the norm. Kodak, which in the mid-twentieth century monopolized the sale of colour film in the United States, used what was known as the Shirley Card to decide on the right skin colour balance when developing film in labs. Named for an employee who served as its model, the woman on the card is a white brunette whose skin tone became the “normal” against which film was colour corrected. There was no equivalent system to determine if the skin tones of people of colour were properly represented photographically. 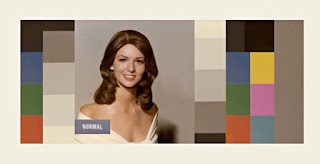 Though by the 1990s Kodak created a Shirley Card featuring Asian, Black, and Latina women, the upsurge of digital photography ensured that this more racially diverse yardstick fell by the wayside. “The result was film emulsion technology that still carried over the social bias of earlier photographic conventions,” Harvard’s Sarah Lewis writes in “The Racial Bias Built into Photography” for The New York Times (25 April 2019).

Though more research needs to be done on how skin colour standardization in photography was calibrated in other parts of the world, the global reach of Kodak likely proliferated the colour canon that company originated in the United States; other non-US film-producing companies may similarly have been partial to lighter skin tones as the default. These biases that normalized lighter skin hues as standard also informed moving film technology.

Lewis finds that though advancements in digital imaging are better suited to shooting diverse skin tones, television shows and films that feature darker skinned people employ a variety of lighting techniques to ensure accurate representation. As an example, she cites the work of Black American director Ava DuVernay, but also Insecure where, in addition to special lighting, the HBO show uses reflective moisturizer on its actors because “dark skin can absorb more light than fair skin.” 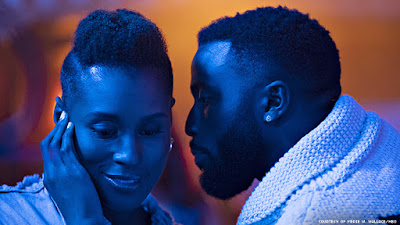 Developments in the more precise depiction of skin colour on film not only speak to the growing diversity of filmic storylines and cultural representation, but also its importance. “Why does inclusive representation matter so much?” Lewis queries; she concludes: “You can’t become what you can’t accurately see.” 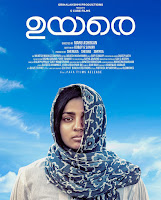 In 2013, actor Nandita Das endorsed the “Dark is Beautiful” campaign which counters Bollywood’s over-representation of light-skinned talent. Taking issue with the equation of beauty and representation, Anjali Rajoria writes for Round Table India (21 August 2013), that while “Dark is Beautiful” may challenge industry bias, it perpetuates dominant notions that divide women based on looks, class, and caste. In turn, this leaves no room for something as challenging as the subject of acid-attack victims, which is the basis of Uyare (2019), a Malayalam film at the festival. By over-valuing the “commodity of ‘Beauty,’ we create a sense of insecurity in the women belonging to the out-group,” Rajoria avers.

Cinematic representation, then, is most effective when it captures the multiple shades of diverse lives. The beauty of such potential is more than skin deep.

From The Peacock.
Posted by the nightchild at 4:14 AM No comments: 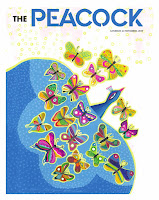 The year is 2046. Outside, there is a place where nothing changes. An intergalactic train can take you there, but only one person has ever returned. Inside are the ghosts of the past. In between exist memory, melancholia, and myth.

This is Hong Kong, neither past perfect nor the future progressive, as speculatively rendered in the film 2046 (2004) by Wong Kar-wai. Considered an oblique follow up to his earlier In the Mood for Love (2000), which was set in the 1960s, the disjointed stories of the director’s later film circulate betwixt everlasting nostalgia and the impending unknown.

The year of the film’s title signals when Hong Kong’s special administrative status ceases. A colony of Britain until its 99-year lease of the region ended in 1997, Hong Kong’s reversion to Chinese rule was buffered by an allowance for it to function in semi-autonomy for another 50 years. However, what the last few months have made evident to the world is that Hong Kong’s youth seek sovereignty. 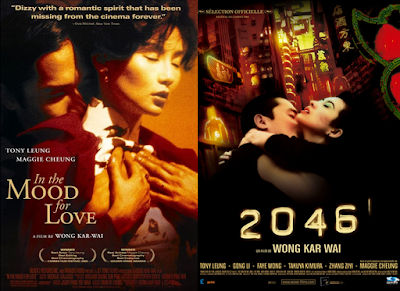 Long before this year’s pro-democracy protests and the Umbrella Revolution of 2014, films from Hong Kong have grappled with questions of cultural and political uncertainty. May Fung’s meditation on these matters takes on a mystical quality in the short film She Said Why Me (1989). Most recently screened publicly as part of the exhibition Five Artists: Sites Encountered (2019) at Kowloon’s M+ Museum, the digital print fossilizes the grainy quality of the original VHS recording, rendering it even more esoteric. In it, a woman walks from an ancient temple located in Hong Kong’s countryside to the towering architecture of the busy city. As she makes her away across the enclave’s landscape, beginning at a site that is emblematic of tradition and the past and finishing in the present of urban modernity, her steps are hesitant despite being upon the familiar terrain of her homeland. She is blindfolded. Arms outstretched, her sightless perambulation hints at Hong Kong’s indeterminate future. 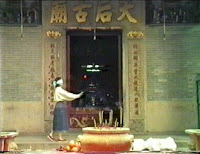 Made in the years before Hong Kong’s handover, Fung’s work captures the anxieties of a land on the precipice of change. At IFFI 2019, other films similarly portray contemporary angst across the globe. All produced this year, several of these features make their Asia or India debut here in Goa. The festival’s opening film, Italy’s Despite the Fog, springs from the crisis that has brought political refugees to Europe’s shores. Hearts and Bones is also about refugees, but in Australia. Climate change is the subject of the eleven short movies that comprise the multi-country Interdependence, while an environmental apocalypse wreaks havoc in The Halt/Ang Hupa from the Philippines.

Occurring in 2034, The Halt’s cataclysmic view telescopes current fears into yonder years, mirroring the unstable narrative of the futuristic dreamscape that is 2046. These forward-looking films urge us to look back from the future. As today’s Hong Kong struggles to establish its political will, the cinematic legacy leading up to this moment envisions multiple possibilities, even if tentatively. This, not in didactic storytelling, but in the very form of the films that emerged in this period of ambiguity. 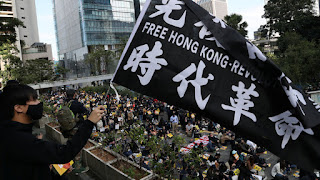 Writing about 2046, Roger Ebert remarked on how the film was late to arrive at Cannes 2003: “[T]he final reel reportedly arrived at the airport almost as the first was being shown. It was said to be unfinished … [T]here were skeletal special effects that now appear in final form, but perhaps it was never really finished in [Kar-wai’s] mind.”

The future, then, as this may suggest is uncertain precisely because its past is always present, forever a time to foresee differently.

From The Peacock.
Posted by the nightchild at 12:29 AM No comments: