A writer of history and a prison-reformer leave behind legacies to contemplate even as they are no more.

It is true that I knew neither, not the Scribe nor the Nun, except through the legacies they left behind. Both worked with or within structures. For the Scribe, an architectural historian, buildings were culture writ in stone. And for the Nun, the walls of a prison were not what defined its inmates. 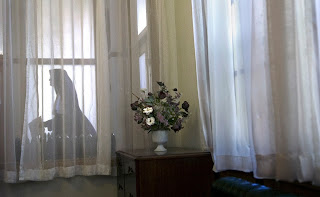 Born in 1941 in Arusha, Kenya, the Nun was an educator whose service brought her to Goa, the land of her peoples. Though a participant in causes around India, she is probably best remembered for her work at the storied Aguada Central Jail. They called her the Angel of the Prisoners. Tying together a desire to improve the natural environment with a passion for prison reform, in 2000 the Nun involved the prisoners in an anti-plastic bag drive. The People’s Movement for Civic Action, a group that campaigned against the use of plastic bags, were recruited by the Nun to train prisoners in the skill of recycling newspapers into paper bags. Unenthusiastic at first, due to the low wages associated with such work and not least because of their situation, the prisoners came around when the Nun explained that this training might potentially increase their employability upon their release. But the Nun did more than this by advocating for a reduction in sentences: each set of a thousand bags crafted by a prisoner would lead to his prison-time being shortened by two days. Prison authorities noted that other reforms that the Nun instituted at the jail, such as music and literacy classes, as well as mediation practice, promoted a calming effect. Inmates were less stressed at court hearings, for instance. 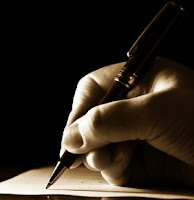 While the Nun’s work took place within, for the Scribe the importance of structures derived from their interplay with history. Born in 1952 of Portuguese origin, in addition to writing about Goan architecture, the Scribe also spent time in Goa. In his scholarship of Goan architecture, and in particular that of churches, the Scribe saw in Goan structures of the late colonial period that they could not merely be understood as having imbibed the style of the metropole. Even as it notes that Goan architecture might participate in the use of European aesthetics, the Scribe’s book, Whitewash, Red Stone (2011), sees Goan architecture as being of its own ilk – not a European copy, but uniquely Goan. In establishing stylistic norms, these structures demonstrated institutional power, and that of their elite, in their own local milieu. This counters easy assumptions of the lack of agency in colonial contexts while simultaneously demonstrating the complexity of native hierarchies of authority that did not rely solely on the imprimatur of the coloniser. Structures for the Scribe, then, were not only about edifices, but also how they functioned as metaphors of institutionality.

At the nexus of how the Scribe and the Nun saw structures was in the ability of architecture to render meaning. Evidence of European design outside of Europe need not mean that a Goan church is simply mimicking a foreign style. Rather, the Scribe would have us see such a manifestation of aesthetics as being not only about power, but also the creation of European stylistic culture beyond the limits of geography. In other words, the making of European style can occur outside Europe itself, but its uses are definitively local and germane to the settings of their creation. For the Nun, on the other hand, a structure cannot define its occupants even as it constrains their freedom. The prisoner is no less human based on his or her incarceration. In being invested in prisoner reform, the Nun was, even if indirectly, being critical of the function of prisons which seek only to criminalise and never to rehabilitate. The Nun’s work not only extended to the education of the average inmate, but also advocacy on behalf of those serving life sentences. She saw more for them than the structural confinement of their jail cells.

Paulo Varela Gomes, the Scribe, died at the end of April after battling cancer. Reverend Sister Mary Jane Pinto, the Nun, breathed her last on the twentieth of the same month. The Scribe and the Nun may be no more, but their work on and in Goan structures is a legacy that allows for future possibilities in how we think about architecture and meaning making, of space and confinement, and style and power. May they rest in peace. 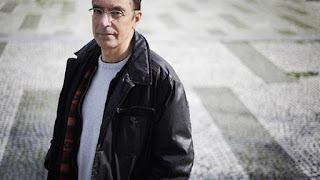 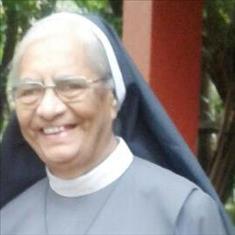 Posted by the nightchild at 9:29 AM No comments: