I fear my skillset has been rendered redundant and that all prospects for my employability have been lost. What has given rise to this panic, you ask? The announcement that the American coffee company Starbucks, which boasts a global presence, has now positioned itself as an expert on race. Earlier this week, the company announced that it was going to initiate a programme called “Race Together”, wherein baristas at 12,000 Starbucks locations across the United States would engage patrons in conversations about race. Who knew that all it would take to end oppression was a nice chat over a cup of coffee? And what does this say for those of us who work on race-related issues, but are no good at making a decent cup of joe?

When I acquired my Masters in Asian American Studies from UCLA, it was with the awareness that that degree was conferred upon me by an educational entity that had been borne out of the political struggle of the US Civil Rights movement. Indeed, the legendary Campbell Hall where my MA programme shared space with other Ethnic Studies centres, such as the Native American, African American, and Chicano Studies programmes, was the site where John Huggins and Bunchy Carter – members of the Black Panther Party who were UCLA students – had been slain in 1969. It would be revealed that the FBI had had a hand in the murders.

Thanks to my MA in the study of race, I went on to acquire work where I could analyse how effective high school programmes were at catering to the specific learning needs of multicultural student bodies. And, in case you were wondering, the answer is not very well. But as simply rendered as that answer seems, it was arrived at after a great deal of data-collection and analysis at my first post-graduate school job, which was with the Los Angeles Unified School District. The team I was part of hoped that in answering that question, which seemed like a foregone conclusion anyway, that the way would be paved to bring about necessary educational changes. This, not least because Los Angeles is a city where, as US census data indicates, the birth rate among minority groups has outstripped that of whites. Now, imagine having that kind of conversation while buying your cup of coffee as you try to make it to work on time in the morning! 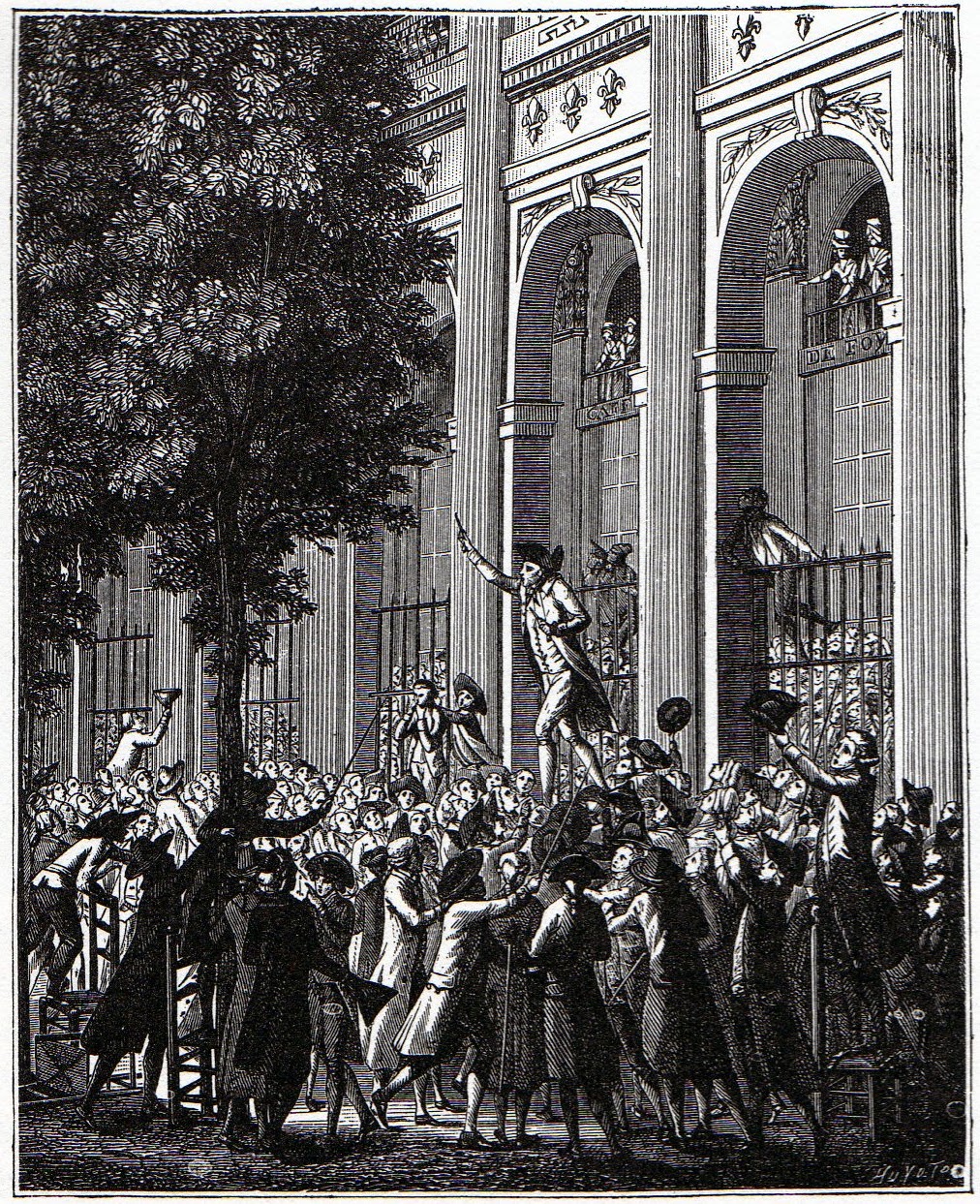 Don’t get me wrong – this isn’t a putdown of the capabilities of baristas to, both, get your day started on the right note with a much needed caffeine boost and to aid dialogue that could foster community relations. In fact, coffeehouses have quite the history of being the sites of information exchange, hotbeds of revolution even. Take the European coffeehouses of the 17th and 18th centuries, for example, where people gathered precisely because those were the spaces where news could be sought and conversations had. And these were not always genteel affairs. On 12 July, 1789, Camille Desmoulins stood atop a table at the Café de Foy, shouting out a call to arms while, himself, waving two pistols in the air. “Aux armes, citoyens!” he is believed to have proclaimed, a moment that would go down in history as the precursor to the fall of the Bastille a mere two days after. Something tells me that, in this day and age, getting one’s non-fat soy latte at Starbucks is not going to inspire the same kind of fervour…

To be fair, however, it has less to do with political apathy than with what Starbucks itself has come to represent. Arguably, the popularity of Starbucks lies in its sheer ubiquity rather than in the quality or taste of its coffee. In most major American cities, one is guaranteed to find a Starbucks location (or three) in the most well-trafficked spots, and even in less frequented areas. Like McDonald’s, it’s the place you go because you know they probably have a restroom you could use without necessarily having to buy something. To discuss race relations? A less likely choice.

Even as Starbucks rolls out the #RaceTogether programme, little has been said about what the company has done to educate its baristas on the most pressing of racial concerns in the United States today. Without judging the intelligence of the person who makes my coffee, I expect them to know how to do precisely that and not to need to entertain queries I have about why white cops can kill unarmed black people and be acquitted for crimes of that nature. Honestly, it’s probably hard enough dealing with customers desperately in need of a cuppa ahead of going into a soul-crushing job without also having to make believe that talking about race is as simple as creating a hashtag.

From The Goan.
Posted by the nightchild at 1:58 PM No comments: 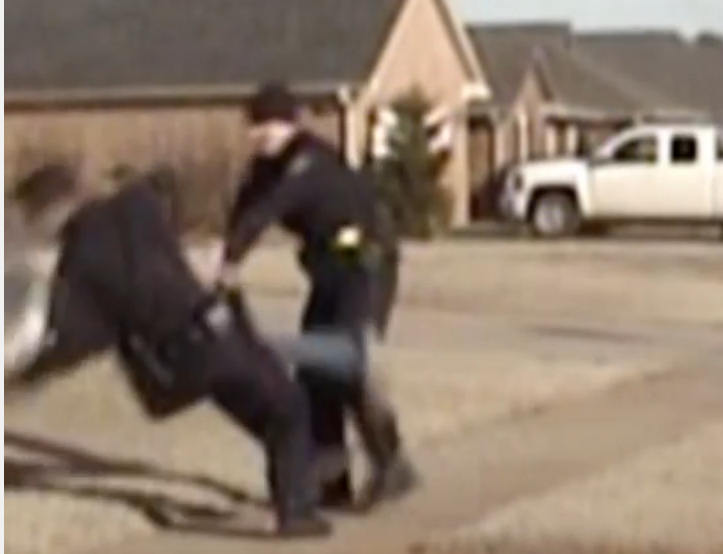 On February 6, 2015, an elderly Indian man was left partially paralyzed following an encounter with the police in Madison, Alabama. News of the event spread on social media and elsewhere online. When it became known that a police car had captured video of the incident on its dashboard camera, an online petition was circulated to exert pressure on the Madison City Police Department to release the footage. But even before the petition had acquired the threshold of 1600 signatures it had set itself, the police had made the video public.

Watching the video for the purposes of writing this article was difficult. At the edge of the screen, one sees Sureshbhai Patel (57), with his hands behind his back, possibly handcuffed, being thrown to the ground by officer Eric Parker. Later, when Parker, along with one of the other officers on the scene, attempts to get Patel to stand up, it becomes apparent that the “suspect” is unable to, and is literally hauled onto his feet before sagging back down. Patel, it was discovered, had suffered a neck injury that would cause him paralysis in some parts of his body.

As the video spread virally, the indignation, particularly of South Asians, was instantaneous, and rightly so. It would be revealed that Patel, a citizen of India, had come from that country to help care for his grandson, born prematurely and, to do so, was living in his son’s home in Alabama. As more of the story became known, perhaps we likened Patel to members of our own family. We saw in this grandfather our own parents and grandparents, those transnationals and migrants who connect our lives between continents. In fact, I had heard of this case of police brutality from a cousin whose children my father took care of in Texas. Like Patel, my dad and other relatives like my aunt and uncle, had come to the States for the function of temporarily helping out with childcare. And while I appreciate how much coverage the event has received, there is something about the nature of the conversation around the incident that leaves me dissatisfied. 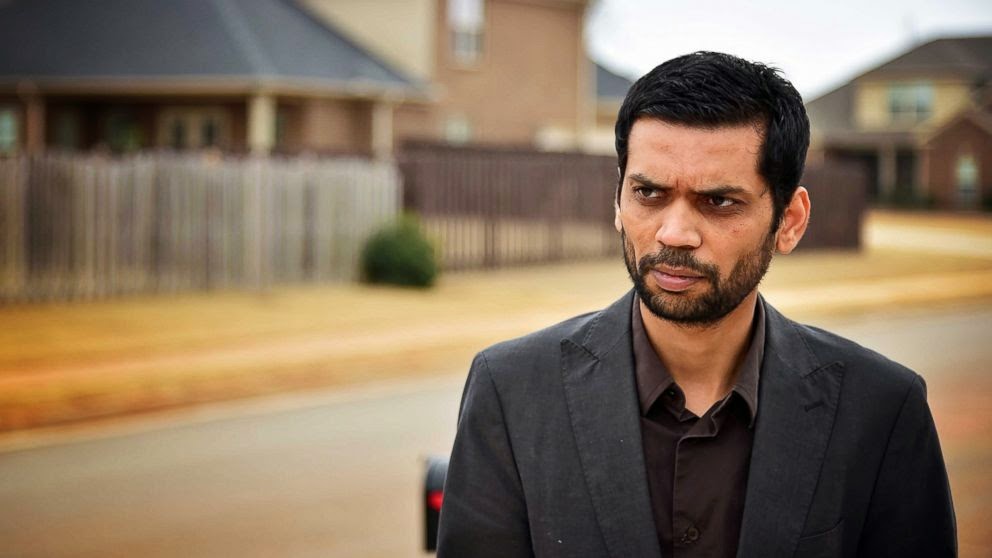 This is not an isolated event of police brutality. To regard it as such runs the risk of reducing it to a sign of South Asian American exceptionalism. Consider that the police had been alerted by a resident of the neighborhood who claimed that a “skinny black guy” they had “never seen … before” was “just wandering around,” and who was estimated to be in his thirties. That the police would be compelled to respond to such a call should make one question who and what they wished “to Serve and Protect,” as the police motto goes. In all likelihood, the call probably originated from a white household, but what is unmistakable is that the police reacted precisely because the person being reported was believed to be black. Evidently, it was unfathomable to, both, the caller and law enforcement that a young black person should have any business in such a neighborhood.
“This is a good neighborhood. I didn’t expect anything to happen,” Chirag Patel, the victim’s son told the press, possibly explaining why he had thought it would have been all right for his father to walk around in broad daylight as he had become accustomed to doing in their town. Speaking to The Washington Post for their February 12 report, the younger Patel had said: “It is a dream for me [to live here] because I came from a very poor family and I worked so hard … I’m totally devastated that I might have made a big mistake.”

Even as middle class aspirations and immigrant desires to live the veritable American dream prove to be no protection against racism, there is no doubt that the Patels – just as anyone living in the United States – should not have had to feel that the commonplace act of walking out one’s door would put one’s life at risk due to the commonplaceness of racism. Nonetheless, it is specifically because of the assurance felt by a community that is often emblematically deemed the upwardly mobile model minority that South Asian Americans can believe themselves to be immune to systemic racism. Moreover, this extends itself to the notion that the police, rather than being embedded within such systems, are testament to the protection of those who are considered ideal subjects in the multicultural civil society of the United States. 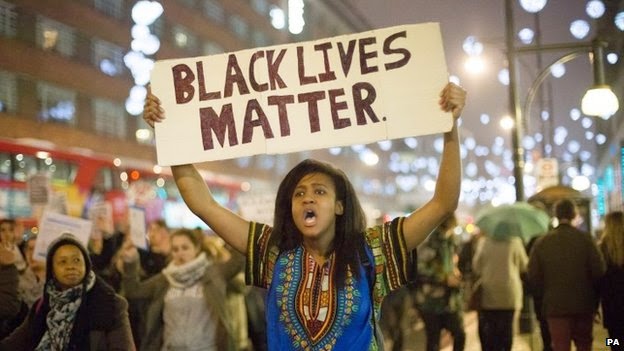 To cut to the chase, Sureshbhai Patel, who speaks very little English and is an Indian farmer who was visiting this country, was severely injured by a white policeman because Patel was identified as being black. Following the recent verdicts in the Eric Garner and Michael Brown cases, where the white policemen who were responsible for the deaths of these two black men were tried and found not guilty, I would argue that the incident involving Patel received as much attention as it did because of the growing inescapability of questions surrounding abuses of power. As crystallized in the trending hashtag “Black Lives Matter,” these questions center on how racial difference is perpetuated by such abuses, both by the police and laws that protect them over minorities. 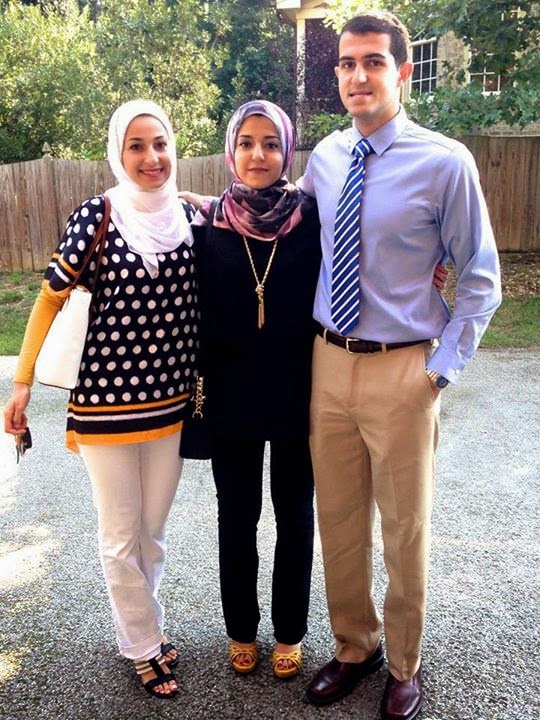 While Parker was swiftly charged with third degree assault, the attack on Patel should not be seen as an outlier to forms of racialized violence that have been manifesting increasingly through the involvement of the state, be it in the form of the police or even politicians. Note the lack of irony in Louisiana Governor Bobby Jindal’s declaration in a January radio interview with the Family Research Council’s Washington Watch that the United States was under threat of a Muslim invasion because immigrants of that faith background “want to use our freedoms to undermine that freedom in the first place.” An Indian American who converted to Christianity from Hinduism, Jindal’s opinions are those of the garden variety Republican, but the danger lies in those views emanating from a politician of minority racial origins. They serve to obfuscate the very real threat to the lives of Muslim Americans, such as Deah Barakat, Yusor Abu-Salha, and Razan Abu-Salha, the three young relatives who were executed by a white gunman in Chapel Hill a week after Parker attacked Patel.

In that South Asian American immigrants are of many faiths, Jindal’s callous statement, made for political gain, diminishes the post-9/11 Islamophobic violence his own community faces, let alone those other Americans who so happen to be Muslim. Being deliberately oblivious to xenophobia, coupled with a sense of insulation that can emanate from being considered a model minority, especially because one is not black, can easily lull one into being complacent about institutionalized racism. But are you sure “they” know who you are when you take a walk around your neighborhood?

From India Currents. The longer version appears as "Walking While Brown While Looking Black" on Media Diversified, and a short piece on the subject appears in The Goan as "To Serve and Protect (Someone Else)."
Posted by the nightchild at 7:22 PM No comments: