Based on a novel written by a French Canadian and directed by a Taiwanese American, it is a story about the fantastical pairing of a French-named Indian boy and a Bengal tiger with a British moniker, lost at sea upon the sinking of their ship – a Japanese vessel headed for North America. This Indian child’s ability to commune with animals occurs in international terrain rather than being confined to Rudyard Kipling’s colonial wilderness. Is Life of Pi simply Jungle Book for the globalization era? Scrutinizing the Oscar nods of this and past years, in their connection to India and multiculturalism, helps pick up the crumbs on the trail to cinema’s globalization.

The filmic adaptation of Yann Martel’s 2001 novel, chosen out of a slew of books by South Asians that are unlikely to make the leap to screen, generated award buzz almost immediately upon its release, not least because of its director. In recent years, Ang Lee’s name has become a fixture with the Academy of Motion Picture Arts and Sciences. On February 24, 2013, Life of Pi will vie for 11 Academy Awards, including Lee’s nomination in the category of Best Director. 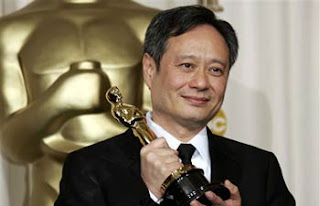 The Taiwan-born filmmaker has proven himself to be a cultural broker, whose offerings seem to push the boundaries of what mainstream American audiences watch. It is also not the first time that Lee has had a film that involves a tiger, symbolic or otherwise, in the Oscar contest. In 2001, Lee’s Chinese period piece Crouching Tiger, Hidden Dragon took the prize for Best Foreign Language Film. However, it was to be an American story about a love affair between two Caucasian cowboys which would win the transnational Asian American an Oscar for Best Director in 2006. Controversially, despite Lee’s win, Brokeback Mountain lost out in the Best Picture race to Crash. That film was directed by Paul Haggis, a white Canadian who also wrote the screenplay which deals with racial fault lines and intersections in Los Angeles.

The irony that the two films, both about minorities, should contend against one another is telling. Even as Lee, an ethnic minority, won for his representation of sexual minorities, the award for direction arguably allowed the conservative Academy to allay contention while still appearing to be mindful of diversity, both by honouring Lee and Crash but not Brokeback Mountain directly. At the same time the controversy still eschews the possibility that minorities can be both queer and of colour. Such issues of diversity in film, or the lack thereof, are further compounded by the current moment of globalization wherein commerce and technology blur international boundaries as quickly as the cuts between locations in movies.

Nonetheless, though awards like the Oscars, to some extent, measure the growing diversity of what Americans watch, a more critical eye needs to be turned to how diversity is being recognized and to what end. Note that while Life of Pi has 11 nominations this year, not one of them is for the South Asian actors. Similarly, in 2009, Slumdog Millionaire which gathered eight of the ten awards it was up for saw none of those prizes go to its actors, for the simple reason that the film had no acting nominees. The pattern of exclusion extends to Lee’s other tiger: Crouching Tiger, Hidden Dragon had additionally been nominated for Best Film, which it did not win. None of its actors received nominations, either.

The previously mentioned Asian-themed pictures have had Academy recognition of the musicians who contributed to their soundtracks, it should be said. Of the South Asian-centric films, A. R. Rahman famously won two Oscars for the music of Slumdog Millionaire and this year Bombay Jayashri has been nominated for the song “Pi’s Lullaby.” Yet, it almost goes without saying that in an award show about the movies, the absence of nominations for actors is extremely conspicuous. Historically, it is true for Best Picture nominees that they tend to collect cast nominations in their sweep. It is striking, therefore, that it has been not the actors but the non-South Asian directors, who have garnered Oscar attention alongside their India-based films - Danny Boyle’s Slumdog Millionaire victory a case in point. 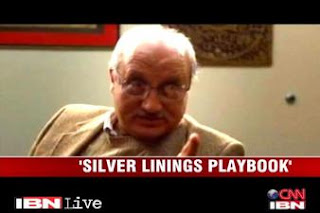 In the meantime, most of the South Asian creative labour associated with these high profile Oscar films has been relegated to a supporting role. Well known Indian actor Anupam Kher, who plays a doctor in Silver Linings Playbook, up for eight Oscars this year, had this to say to the Indian press upon the Academy’s announcement: “As an Indian actor, I feel rewarded for my 30 years of contribution to cinema.” It appears to be immaterial to Kher that none of the nominations were for him personally. Although Kher may be pleased that a Hollywood film he is in has been so well received, it would seem to pale in comparison to his own decades-long legacy. That legacy, belonging primarily as it does to Indian cinema which is still the largest dream factory in the world, celebrates its centenary this year.

But such “provincial” heritage pales in comparison to the juggernaut of expansive globalization. Life of Pi is not the only 2013 Oscar contender with an Indian association. Lincoln, with one more nomination than Lee’s movie, was bankrolled by Reliance-DreamWorks, an Indian-allied multinational corporation. So also, Crouching Tiger, Hidden Dragon may have won in the Foreign Language category, but the Chinese feature was partially American funded. Like Boyle, Lee and Martel’s ability to purvey regional stories to a global audience, makes that quality an ideal one for the kind of cultural consumption that now matches a borderless marketplace with free-moving capital. Unlike Mowgli, the story of Pi and his cat is set adrift from India, if ever it came from there in the first place...

The print version of this article can be seen here. 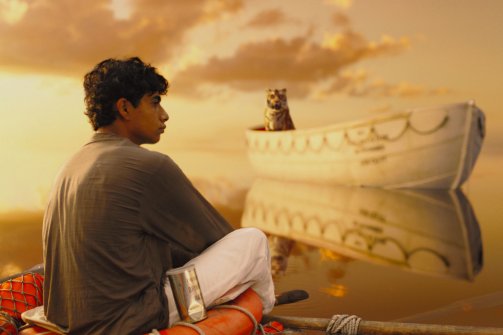