“What should compel me to read these comic books?” asked a middle-aged participant during a session on graphic novels at the most recent Goa Arts and Literary Festival. While one might quibble with this person’s lumping of the two genres together, what cannot be escaped is the intent to relegate the illustrated form, of any literary variety, to the domain of childhood and, therefore, childishness. What the festival participant’s question implies is that adult reading must do only with words. This attempt to empty words of their inherent magic to conjure images also indicates a failure of the imagination. Illustrated books do not simply combine script and graphics, but allow for a slippage between them, as much also of time between generations, human geographies, and within a lifetime. 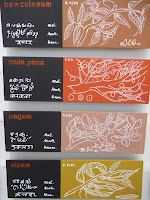 Take the first block-printed evidence of Konkani. The Hortus Malabaricus, a seventeenth century treatise compiled collaboratively by the colonizing Dutch and local elites, chronicles the Malabar Coast’s flora. Its twelve volumes with descriptions in Latin, Malayalam, Arabic, and Konkanni were published between 1608 and 1703. The Konkanni contribution came from physicians Ranga Bhat, Vinayak Pandit, and Appu Bhat who worked on the project, evidencing linguistic connections between the Konkan and Malabar Coasts. Accompanying the Malabaricus’ text are drawings of plants, making it Devanagri Konkani’s first illustrated book. This February, German artist Wilhelm Bronner displayed his interpretation of illustrations from the Malabaricus in Goa, literally bridging past and present through pictures. 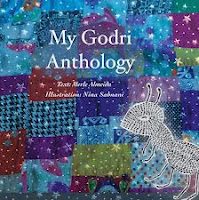 The present enquires of the past in the recent My Godri Anthology (2013). Written by Merle Almeida and illustrated by Nina Sabnani, the Bookworm publication may readily be taken as one for children alone. In it, a parent stitches together the saga of a storied quilt for a child. Needlework and textile patches beautifully match the theme as family histories are uncovered alongside Goa’s. The godri functions as graphic narrative, representing travelogue and legacies in need of revisiting. Goan quilting traditions, this book illustrates, are stories that require anthologizing as they range from one’s granny’s godri to, perhaps, the kawandi made by Karnataka’s Siddi women whose enslaved African ancestors were brought to Portuguese India.

Family lore is again the subject of another Bookworm production. Once Upon a Feast (2012), featuring art by Fatema Barot Mota, is inspired by an account from young writer Mia Marie Lourenc̹o’s mother’s youth. Tasked with dusting the statue of the church’s patron saint in preparation for the feast day, the little protagonist discovers too late that she’s made a mistake. Set in a South Goan village, the local narrative elevates the seemingly ordinary by interlacing dramatic development with stylised architectural and cartographic depictions, as well as rural earthiness. It is in the interstices of this pictorial storyline that the many-layered generations and interactions that constitute a community are made visible. Most emblematically, a child and parent speak to and through one another, as much within the text as outside of it, melding the authorial process with that of the readership. 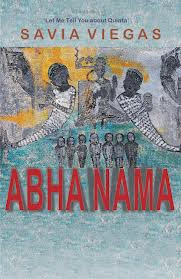 Rural South Goa is also the partial geography of Savia Viegas’ graphic novellas published last year through the writer/artist’s own Saxtti imprint. Viegas’ outsider art aptly pairs with her evocative tales of characters at society’s margins. In Eddi and Diddi, named for the dogs the book is about, Viegas takes on urbanization; whereas, in Abha Nama, lecturer Abha Dias struggles with institutional hierarchy. Abha’s time in Bombay recalls Goa’s historic and diasporic connections with that city, but her name invokes religio-cultural origins not usually linked with Goa. Viegas’ visuals are both complementary and parallel to the stories, permitting the novellas to be read variedly. This exemplifies the ability of illustrated books to create multiple dimensions, beyond the limits of image or text – an adult appreciation with childlike sensibilities and vice versa.
The print version of this piece can be read here. For more on Bookworm, visit their site. Savia Viegas' website can be accessed here.

Posted by the nightchild at 1:15 AM No comments: 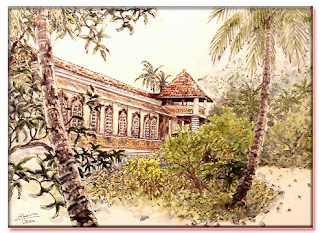 Aptly, the lecture drew a full house. On 30 March, 2013, those that came to hear architect Gerard da Cunha speak at Kala Academy, Panjim, found themselves in a gallery featuring paintings of colonial era architecture by Japanese artist Akeru Barros Pereira. The occasion was the release of the book The Indo-Portuguese House on which the architect and the painter collaborated.

In his talk, da Cunha sought to contextualize the book’s architectural focus within the history of Goa’s encounter with the world. Yet, the architect began with a reference to how “an arrow shot into the seas by Lord Parashuram had given rise to the land in which Goa” finds location. In employing the story of the Sanskritic figure, perhaps da Cunha’s purpose was to imbue Goa’s oceanic geography with the Indic connection of his book’s title. This overshadows the ordinary and more palpable ways in which the author does situate Goa in relation to the Konkan and Malabar coasts. For example, da Cunha mentioned the agricultural practices that relied on local ingenuity to manage irrigation through “the use of sluice gates.” Just as this would have been an expected feature along the coast, the author also illustrated how “internal courtyards were common” to the construction of pre-colonial houses in Goa, as is true of Tharavad-style homes in Kerala, for example. In both regions, large domiciles served joint families and the courtyards were communal spaces that provided privacy within the dwelling itself. 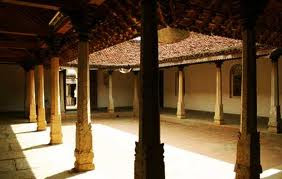 da Cunha theorized that with conversion to Catholicism in the Portuguese era, “women were allowed more visibility,” rendering internal courtyards obsolete. An interesting way of considering how social changes affected architecture. Nonetheless, conversion was not all-encompassing nor did it affect all levels of the socioeconomic strata equally, a theme that seems absent from the book due to its concentration on grandiose heritage homes. By the writer’s own evidence, the internal courtyards resurfaced because they were “conducive to cross-ventilation,” a decided climatic necessity. To this end, the architect’s identification of the use of taller windows and “escape vents for hot air,” more readily show how design evolved with time.

Even as da Cunha maintained that it was Portuguese colonialism that gave rise to the uniqueness of Goa’s architecture, in developing his historiography of Goa he allowed for other cultural interactions. He spoke of how the Chinese had pre-dated the arrival of Europeans to Goa by nearly a century and how travel between Lusitan colonies, in later times, expanded Goan tastes as seen in the eclecticism of furnishings and decor. For instance, a home-owner with an African connection might demonstrate this “by having a zebra worked into a tile mosaic.” East Asia, too, could be seen in the patterns of china imported from abroad. Homes of the past, then, must be viewed as a composite of the multiple influences which make them unusual, for the houses da Cunha and Barros Pereira’s book chronicle are part of a Goan legacy that connects it to a history of many strains, several of which are obscured here.

To see the print version of this piece, visit here. 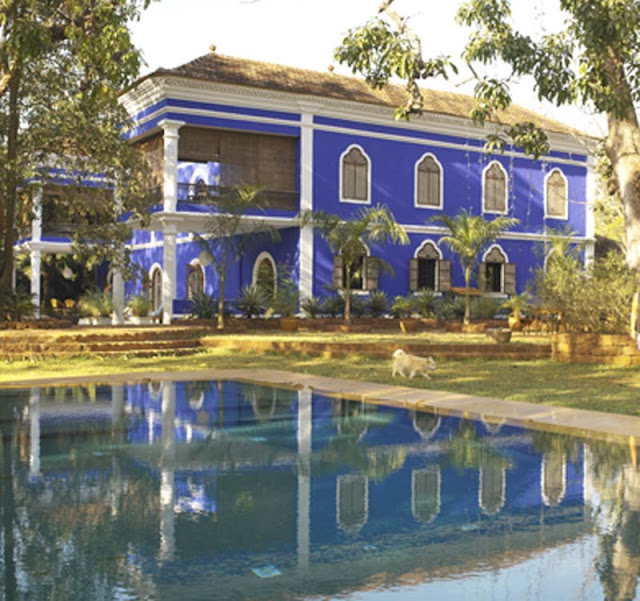 Posted by the nightchild at 12:34 AM No comments: