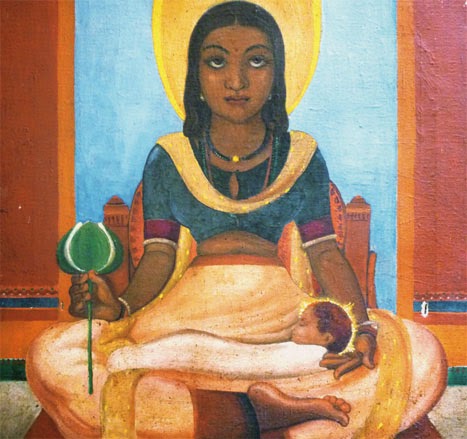 When I heard of Ivy Muriel da Fonseca’s demise on 1 September, 2015, it struck me how little I knew of her. The Goan edition of The Times of India delivered notice of her passing with the introductory words that she was the “widow of the late Indian Christian Cultural Renaissance artiste Angelo da Fonseca…” (6 September 2015). The article then goes on to report how the artist “was virtually hounded out of Goa following severe criticism for painting Christian themes with Indian settings,” and most notably “the Virgin Mary with a kunbi sari.” It is only then that we are told of Ivy da Fonseca’s education and professional life as a teacher, before the piece ends just as it had begun by returning to her artist-husband in whom “there has been a renewed interest … with exhibitions both in India and abroad.” While it would be easy to underscore how the article does little to shed light on da Fonseca’s life outside of casting her as the mate of her more famous husband, it is more useful to consider how the obituary is actually quite indicative of the Goan relationship to art. 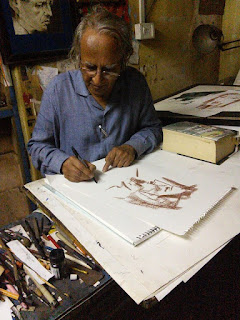 Writing about the recent record-breaking sales of paintings by Francisco Newton Souza and Vasudeo Gaitonde, an article by Arti Das in The Navhind Times (26 September 2015) notes how it is only external recognition that brings local awareness to art by Goans. And, yet, while tellingly titled “Valued the World Over, Forgotten at Home – Goa’s most Prized Bardezkars”, Das’ piece about the two deceased painters, who are worthy of all the attention they get, leaves out that other still living artist of Bardez, Lisbon, and Maputo, Vamona Ananta Sinai Navelcar. A few months ago, I had the opportunity to meet with Navelcar at his home in Pomburpa. An octogenarian, the painter’s recall of the past is remarkable. I asked him about the details of his life as recorded in Anne Ketteringham’s biography Vamona Navelcar: An Artist of Three Continents (2013), and was told of his times in the geographies alluded to in the book’s title: Asia, Europe, and Africa. “I should have never come back to Goa”, Navelcar confided. “It was my biggest mistake…”

These stinging words stayed with me, and I shared them a few days later with the Aldona artist Conrad Pinto. “He would feel that way”, Pinto mused, alluding to the lack of infrastructure in Goa for art appreciation. This sentiment is echoed by the late journalist Joel D’Souza who, in an important Goa Today article titled “Goans’ Art Grandeur” (December 2012), traces contemporary Goan art history and the unique trajectories of Goan style, only to come to the conclusion that, in Goa, art is “the pleasure of the art lover’s alone” (p. 24). With this, D’Souza points to the lack of institutional support for Goan artists; even so, he also highlights the need for the enjoyment of art to be a community practice that is not solely in the purview of those classes that frequent galleries or have the monetary ability to own art that is displayed in the exclusive confines of their homes.

And this is precisely where Ivy da Fonseca’s contribution is forgotten. 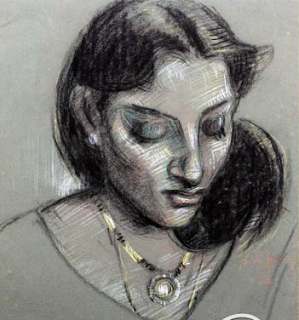 From my conversations with art historian, painter, and writer Savia Viegas, I learned of da Fonseca’s championing of her husband’s legacy. The one thing that the aforementioned TOI article does get right is that da Fonseca was formidable, “an iron lady” the piece calls her. Art critics note that it was after his wife that Angelo da Fonseca modelled his brown Madonna, to borrow Viegas’ term (Himal Southasian, August 2010), but had it not been for her sheer audacity in reclaiming her husband’s works, many of the canvases that are now available for public viewership in Goa might not have readily been part of the public domain. As much as she was “in” da Fonseca’s canvas – his inspiration – she was also the woman who continued to keep his work in the public eye long after he had passed away.

The brilliance of da Fonseca’s work lies not just in his depiction of biblical themes in South Asian hues, but in bringing together the sacred with the ordinary in likening the Madonna to his earthly wife. It was because of his plebeian browning of the Madonna’s skin that da Fonseca courted ire. da Fonseca chose to represent his own community in his art, and so it is only fitting that his works be enjoyed in Goa for it is part of our heritage. Ivy da Fonseca’s role in making this happen should aid the recognition that she was not merely muse nor just the artist’s wife, but a purveyor of culture and an individual in her own right.

From The Goan.
Posted by the nightchild at 5:55 PM No comments: 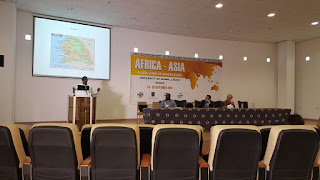 That East Africa figures quite commonly in literature from and about Goa is evidence of how the presence of the Goan diaspora in Kenya, Uganda, Tanganyika and Zanzibar (now Tanzania) has influenced the socio-cultural imagination of a tiny region. In turn, this proves that its size notwithstanding, Goa has long been connected to many parts of the world. At the recently concluded conference “Africa-Asia: A New Axis of Knowledge”, organized by the International Institute for Asian Studies, a Netherlands-based entity, and hosted at the University of Ghana, Legon (24-26 September, 2015), I presented a paper on the place of Goa and Goans in the literary connections between the two continents. In so doing, I wished to draw attention to how the continent of Africa had played a role in the Portuguese coming to and, then, leaving Goa. It struck me during my time in Accra that though much can be said about the Goan-East African nexus, the case is less so for how one might think of Goa’s associations with other parts of the continent, and with West Africa in particular.

Although the first of its kind, the Africa-Asia academic conference no doubt harked back to the Bandung Conference of 1955, especially since this year marks the 60th anniversary of the meeting that was the precursor to the Non-Aligned Movement (NAM). Of the twenty-nine African and Asian nations that participated in the Indonesian conference, some were newly independent, including India. The major focus of the Bandung meeting were deliberations over the solidarity of Third World nations; how might they be champions of peace in the era of decolonization and also in relation to the beginnings of the Cold War period?  Though the spirit of Bandung began to dissipate by the 1960s, it was an important moment of South-South collaborations. 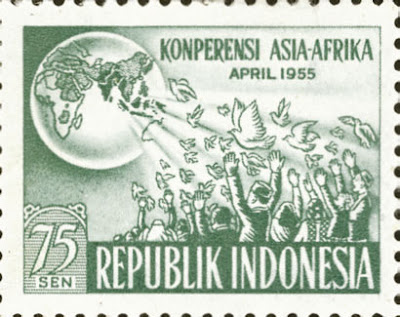 In contrast, the academic conference I participated in seemed to focus more on economic prowess in today’s Afro-Asiatic relations, and notably China’s growing participation in various African industries, including construction and finance. Nonetheless, there were also presentations on the influence of multiculturality and globalization on cultural production and social relations. This was demonstrated in the research of scholars working on convergences between Indian and Nigerian filmmaking and film-viewership, but also by those studying South Asian diasporic communities in Ghana and elsewhere. Indeed, what was made apparent in following these various strands of the conference was how even the examination of South-South relationships are still haunted by contemporary Western influence or the colonial past. So, for instance, China’s current role in Africa is generally seen as being akin to US international involvement, while the afterlife of diasporic movement – particularly in South Asian-African contexts – is largely regarded within circuits once prescribed by British coloniality.

Perhaps Goa’s ties with Africa offer alternative lines of consideration. Not only was Goa a conduit between Portuguese and British India, but Goans also journeyed for work to both Portuguese and British Africa. But prior to such transit which became common in the nineteenth and twentieth centuries, the Portuguese had already been deeply entrenched in the African slave trade, with both the Atlantic and Indian Oceans being employed for that purpose. As a result, African slaves were brought to Portuguese India, and their bloodlines and descendants continue to be part of our heritage, despite our penchant for racialized colourism and casteism. 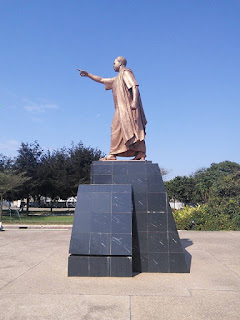 At the end of the colonial period, Africa also played a part in ending Portuguese colonization in Goa. In West Africa, Angola had begun agitating against the Portuguese in 1961, a year of much import to Goa. Mozambique and Guinea-Bissau were soon to follow suit. It was also in 1961 that Nehru came to formally institute NAM, along with Kwame Nkrumah – independent Ghana’s first Prime Minister – along with leaders from other nations. Pressured by leaders of the anti-colonial movement in Africa who asked Nehru to take action against the Portuguese in Goa because it would abet the decolonization of Luso-Africa, India’s first Prime Minister launched an attack on the region in December 1961. While it had been the intention of African leadership to see the end of Portuguese colonization in Asia, Nehru’s military action not only delimited Goan self-determination, but also annexed Goa to the existing Indian nation-state.

In these decades after the end of European colonization in Africa and Asia, and even as globalization brings in new forms of power hierarchies, perhaps it is time to rethink South-South relations along other axes of knowledge. While accounting for the importance of economics, trade, and politics, there is also a rich terrain of history, literature, culture, and community that deserves consideration. As the Goan example highlights, even a small place can reveal the complexities of intercontinental associations that run on multiple levels while offering perspectives on the past and direction for the future.

From The Goan.
Posted by the nightchild at 8:54 PM No comments: