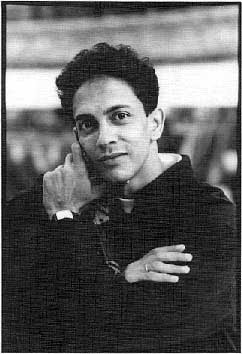 I still remember when we first met. The year was 1990 and I was a teenager auditioning to join The Mustard Seed Art Company in Panjim. I had heard of someone named Dominic who had been in the news a lot in the last year. Indeed, all of Goa had heard about that Dominic. But when I met the lead actor of the theatrical group for the first time, the Dominic I met was charismatic and had a certain gravitas about him. I was soon to find that he could just as easily be a goofball. One of my most enduring memories of Dominic is that he loved yellow socks, which were a clue to his cheeriness in the face of adversity. He became a friend. When you are a teenager experiencing every adolescent anguish imaginable – from how no one gets your sense of style to the damnation that is your love life - an older friend who is willing to lend a ear, as if all those issues had equal weight, is someone to be held in high esteem. So, to me, my friend could certainly not have been that Dominic... or so I convinced myself. For as long as I remained unclear about the facts, I could keep my parents in the dark lest they ask me to leave the theatre group. But in a small place like Goa, it was not going to be long before they discovered the truth. Having been curious about who this Dominic was, my parents soon had their suspicions confirmed. All I heard as they upbraided me was that one word: “AIDS.” It was the one thing I had hoped not to have been true about my friend.

In 1989, Dominic D’Souza, a frequent blood donor, found out he had contracted HIV upon being detained by the authorities. He was humiliatingly arrested and sequestered in a tuberculosis ward where he was the sole inmate – His disease was equated with criminality. He was the first person in Goa to have been diagnosed with HIV. To Dominic, how he had become infected was unimportant; rather, he was concerned about what he was going to do to change social perceptions about the disease. Dominic founded a non-profit called Positive People – It was the first organization of its kind in Goa, and it continues to exist. Despite the way he had been treated, Dominic loved Goa and saw himself as part of it. He wanted that no one else should have to go through what he did. At the same time, his advocacy efforts took him around the world as a voice for those who faced HIV-related discrimination.

Dominic, I did not get to say goodbye to you twenty years ago in May 1992 when you breathed your last in a hospital in Bombay. Not a day goes by without me thinking of you. I had hoped you were not that Dominic, because it would mean losing you. But the world is a better place because you were in it. You will always be remembered, my friend.

An online version of this piece can be found here.
Posted by the nightchild at 10:35 AM No comments: