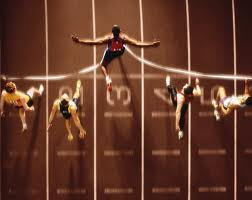 We watched the Olympics with bated breath. As a sportsperson came within tasting distance of a World Record, we hoped that they were going to break it. Collectively, we partook of this uniting fantasy that as a human race, we could get faster, higher, stronger. And, yet, the games, ironically, are simultaneously about bringing nations together and having them compete against one another. The determination of athletes – a trait common to competitors regardless of their origin – is less of what the spectacle of the Olympics represents than it does the biopower of competing countries and the opportunity for the host nation to showboat. It is a chance for nation-states to put on display the standards they have reached in development and human prowess. In this, there is a connection between the modern games and their ancient counterpart. It is believed that the purpose of the original Olympics was to serve as a trucial event, bringing together various competitive sectors of the Greek world. However, even so, it was a time for each of those regions to show off the best of their male citizenry, testifying to the strength and training of the manpower at the disposal of the patriarchal state.  Even as peaceful events, the Olympics are not without their statist purpose – there is something to be said about the equivalence between economic power and the investment necessary to support the infrastructure required to train and groom athletes. With the games having been hosted by Britain this year, an added connection can be made with the politics of empire and its afterlife. 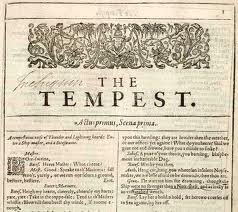 The opening ceremony of the 2012 Olympics which showcased Britain’s culture and its historical achievements was titled “Isles of Wonder,” as inspired by Caliban’s speech in Shakespeare’s The Tempest. A rather strange choice given that Caliban was Prospero’s slave in a play about racialized difference and colonial enterprise. Are the wondrous isles, then, England or those faraway lands it conquered? The Danny Boyle-directed Olympic extravaganza highlighted labour and industry as inherent to England’s historical trajectory. However, English history and culture cannot be separated from its imperial heritage. For example, the very raw materials that led to British prosperity came from elsewhere and the labour that transformed those resources was not always of English stock or from within the isles.

Events like the Olympics and the Queen’s Diamond Jubilee, which was celebrated a few months prior, allow the nation to cling to the vestiges of its past while filtering out the unsavoury bits of that chequered history. Challenged by multiculturalism and globalization, themselves products of a colonial history and mired in it, the once colonizer’s racial homogeneity and political hegemony find themselves in question. But the playing field has yet to be levelled. As flags fly and anthems ring in commemoration of victory, they are reminders that nationalism is not a cause championed solely on the battlefield. It is equally heralded in the steps across a finish line and the medal tally after a fortnight of sport among international, but not equally-equipped, adversaries.

An online version of this article appears here.
Posted by the nightchild at 6:27 PM No comments: