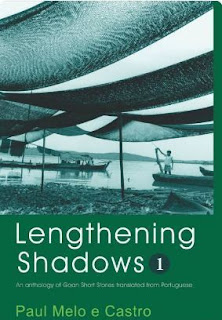 In translating and compiling the 45 stories in the double volume Lengthening Shadows, editor Paul Melo e Castro showcases the legacy of the Portuguese short story from erstwhile Goa Portuguesa. Between 1510 and 1961, Goa was the capital of Luso-Asia and the Estado da Índia Portuguesa. For Melo e Castro, the anthology functions as “the autopsy of a dead literature,” focused as it is on a corpus that spans the period between 1864 and 1987 (8). Annexed by India in 1961, the change in Goa’s political identity led to a diminished literary output in Portuguese. The edited volumes thus recall Goa’s literary heritage by tying together Portuguese-language cultural production with Goa’s Portuguese identity. In this, the books are a testament, but their very publication evidences a cultural continuity that cannot be relegated to a bygone era.

Melo e Castro is a lecturer in Portuguese at the University of Leeds, whose scholarly work has centered on  translating and analyzing Portuguese Indian fiction in an array of publications. In addition to his introduction and the translated short stories themselves, Lengthening Shadows also contains an afterword by Augusto Pinto, a cultural and social commentator, and Associate Professor of English at Goa’s S. S. Dempo College of Commerce and Economics. While the former hones in on the aesthetics of the stories and their moment, the latter considers their sociocultural backdrop. 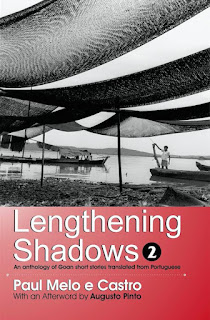 Though previous collections have compiled Goan Portuguese literature or included Portuguese short stories in translation alongside other works of fiction from Goa, this is the first English language anthology to be published in Goa that is solely dedicated to the Goan short story in Portuguese. Harking back to the publication history of the genre, Melo e Castro acknowledges his debt to Vimala Devi and Manuel de Seabra by titling the anthology with a reference to “the epigraph of … Monção,” Devi’s 1963 short story collection, which borrows from the Sanskrit poet Kālidāsa (54). “Partly this choice is homage to Devi and Manuel de Seabra, who have done more than anyone to preserve and transmit Goa’s Lusophone literary heritage,” Melo e Castro comments (54). Though Devi and de Sabra’s anthological labors are the antecedent for Lengthening Shadows, what Melo e Castro adds is a series of biographical notes about the many writers. These index their personal histories, literary styles, and the periods in which they wrote.

In addition to chronicling publication dates and venues, Melo e Castro also offers formalistic analysis. For instance, in reflecting upon the oeuvre of Luís Manuel Júlio Frederico Gonçalves (1846-1896), Melo e Castro places the writer’s output within the period of Romanticism, the Goan iteration of which occurred in the 1860s, he argues, in contrast with its late eighteenth century European counterpart (10). In exploring Gonçalves’ writing as a product of this literary tradition, not least because the short story “was also a characteristic of Romanticism,” Melo e Castro underscores how Gonçalves and his peers “turn[ed] to Goan settings … An enduring legacy of Romanticism was the attention given to national and local identities…” (10). Signaling the rise of nationalism during this period in Europe, even as Melo e Castro politically links metropole and colony, he highlights the need to expand literary understandings of genre and period. In turn, this advises comprehending the manifestation of European cultures beyond the borders of the continent. 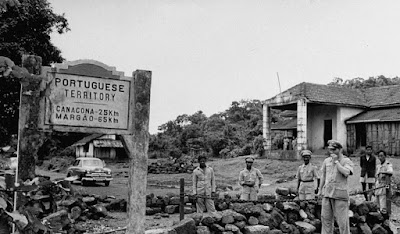 In “The Good Old Bad Days,” Pinto’s afterword to the collection opens with a personal reminiscence: “You could see, hear and smell Goa Portuguesa even as late as 1970. That was the year my parents, along with my nine-year-old self, returned from Kenya to live in our ‘ancestral house’ [in Goa]” (178). Where Melo e Castro surveys Goa’s connections to and differences from Europe in the collected stories, Pinto reveals the region’s other colonial networks and ruminates on its internal ecologies and their effect on Goan literature. As a metacriticism, Pinto says of Lengthening Shadows that it “can be read as a social exposé although … all of the writers are middle or upper-middle class. And most are male, [except] Maria Elsa da Rocha and Vimala Devi ... Also, [excepting] Anantha Rau Sar Dessai and Laxmanrao Sardesai … the [other] writers are Catholic” (183-184).

Pinto explains that these lacunae apart, the collection offers “a better mirror of society than other Indian languages or even English … [since Portuguese] could connect the educated classes from all strata as everyone was obliged to study it at least till the primary level” (185). To illustrate how the translated stories speak to the kaleidoscopic Goan experience, Pinto refers to the satire employed by Goan writers in the past two centuries. These authors “[ridiculed] the old aristocracy” even as they turned their critical gaze upon “the returning Bomboikars and Africanders [– Goans] who brought back wealth from the booming British colonies” (181). Though there existed the appearance of tolerance between those of different castes and classes, Pinto is quick to mention that the stories bear out the “formalised rules of behaviour” that undergirded the tacit social contract (181). 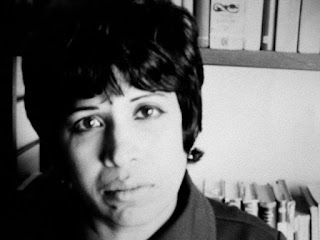 “A sombra da árvore alonga-se ao pôr do Sol / Sem nunca se separar dela” is the verse from which Melo e Castro borrows for the anthology’s title from Devi’s translation of Kālidāsa (7). Between the Sanskritic reference and the Indic pseudonym of “Devi” that Teresa da Piedade de Baptista Almeida (b. 1932) adopts, it can be surmised that she believes Goa’s pre-Portuguese heritage to be solely Hindu. These Brahmanical gestures notwithstanding, her stories explore inter-religious themes, echoing the multiplicity of Goan identities. Though Goa is now an Indian territory, “[t]he tree’s shadow [which] lengthens / Without ever splitting from it” must also evoke those other illuminations that cause its umbra, one that continues to inform Goan identity. In this, Goan literature in Portuguese cannot be pronounced dead, as Melo e Castro suggests. Rather, its after-light persists. That an anthology of Portuguese stories should appear in English does not foreclose their legacy; instead, it indicates how these tales are to be told anew.
A version appears in the Journal of Lusophone Studies 2.1 (2017).
Posted by the nightchild at 2:13 AM No comments: