While others have the luxury of leaving when they find Goa is no longer pristine, it is Goans who have to continue to bear the consequences of a deteriorating environment. 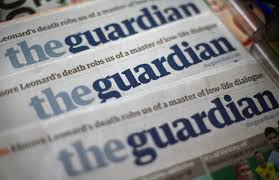 It wasn’t so much the issue that Goans were being told that there was something rotten in their homeland. No, this would assume that Deepti Kapoor was actually aware of the presence of Goans. To be fair, in her article “An Idyll No More: Why I’m Leaving Goa” (The Guardian, 7 September, 2016), Kapoor registers an impressive set of real grievances. She laments the pollution of the beaches with “plastic bags” and “shards of glass from … bottles”. She decries the condition of “the hills and roadsides, covered in garbage”, as well as “the earth inland that mining has stripped bare”. She denounces the “floating casinos and effluent” in the Mandovi river. She has decided to leave, the dream now having turned into a nightmare.

Kapoor tells her readers that she moved from Bombay to Goa eight years ago along with her husband so that she “could study yoga”, and because of “the beaches! The restaurants! The music, and the people!” (Yes, she really is that overenthusiastic with her use of exclamation marks!) She reveals that “when the sun is setting over a village called Aldona, and the evening bread is delivered on the backs of bicycles, you can convince yourself that Goa is all right”. But nostalgia no longer serving to blunt the vagaries of development, Kapoor feels it is time to call it quits. Given all the ills that she lists, who can blame her? Except that it is exactly people like Kapoor who are the problem, and even more so that they fail to see themselves as being at fault. 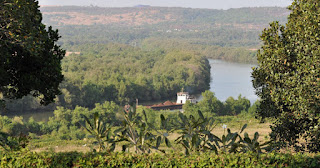 For Kapoor, the inconveniences she lists are something she can escape. Yet this is not the luxury available to the people of Goa. And if Goans must leave their land, it is not always because they have a choice in the matter. That “village called Aldona” is the place my paternal family has called home for more than a century. I often wonder what my now deceased grandmother whose home once overlooked the greenest paddy fields would think of the changes in Aldona. What would she make of the altered landscape, where second homes built to serve as vacation getaways for upper class Indians have become commonplace?

A wise woman, she would recognise that the cost of living has shot up to such an extent, that Aldonkars not of means have been priced out of the real estate market in their ancestral lands. And in the waters, those Goans whose traditional occupation is fishing, must continue to rely upon the catch, regardless of the pollution which threatens their livelihood, their health, and that of those who eat what Kapoor describes as “shellfish … decimated by coliform bacteria...”, among other forms of affected water life. 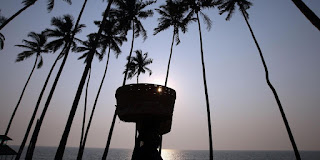 But it is as if Goans do not exist for Kapoor who like so many other Indian sojourners consider the region to be solely the preserve of those of their ilk – the yoga-learning dilettantes and those with the option of decamping to “Europe or Latin America”, as Kapoor says she might because things in Goa are so rough. Sure, Kapoor mentions “Reginald or Tulsidas or Lata or Maria [who] stand at the front gate speaking to that passerby at dusk…”, but in the same way as she lists the beaches! The restaurants! The music! At the end of which index she adds “the people”, almost as an afterthought and as much as the backdrop for and the service providers of the idyllic life she bemoans the foreclosing of.

No doubt, Kapoor does convey the efforts of some Goans who have been doing their bit to save the environment. The writer also highlights such entrenched issues as systemic corruption and an economic overreliance on tourism without the creation of adequate infrastructure to protect beaches or the tourists who frequent them (again, it is as if the safety of locals must come second, if they are to be thought of at all). Additionally, she refers to the destruction of six villas (which she misclassifies as “Portuguese”) – heritage homes that are being torn down to make way for luxury apartments that will not house Goans. Of course, it would be naïve to believe that Goans are not part of the many problems enumerated by Kapoor, but their involvement in the ongoing destruction of Goa’s natural and architectural heritage does not occur in a vacuum. 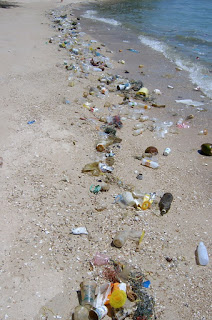 As Raghuraman Trichur argues in his book Refiguring Goa (2013), it was the rise of tourism in the coastal location that first made the Indian bourgeoisie interested in Goa economically. There was once a time when my parents were able to run a small home-based tourism business, but their little outfit folded when larger corporations started to set up shop in Goa. Today, as Kapoor finds, while many Indian tourists come to Goa, they contribute little to the local economy, for much of the money sustains the corporations rather than the actual location.

Indians continue to find Goa attractive as an investment opportunity, with real estate topping that list. Completely blind to the irony, Kapoor finds common cause to commiserate with one “Phil from England, who has been coming [to Goa] for 25 years, [and who] said: ‘The joke I made this season was, we all used to say Goa was not the real India, but now REAL India has turned up’.” Yes, Phil. And that REAL India looks like Deepti Kapoor, the interloper who got what they wanted, leaving a mess for others to deal with.

From The Goan.
Posted by the nightchild at 11:07 PM No comments: