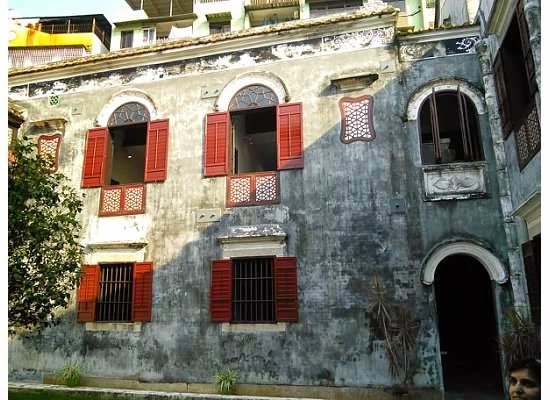 Save for their shape, the little panels of mother-of-pearl looked like the ones in the windows in my grandmother’s house. As a child, I had always marveled at the beauty of the delicate translucence of those windows. My uncle responded to my question by saying that mother-of-pearl was used before glass became more readily available and because, for Goans, the sea gave them shells to make windows with. Because the milky pearl-like shingles let in light but not sight, he added, old Goan homes could also do without curtains. This was certainly true in the Mandarin’s House in Macau, which I visited last month. Its naked windows were a display of wooden geometric shapes that, in lieu of glass, held captive nacreous bits that I learned had come from Goa. 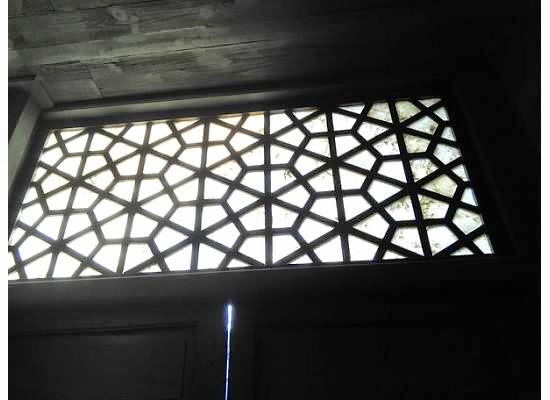 The Mandarin’s House, thought to have been built in the late 19th century, was recently restored and its doors thrown open to the public in the last few years. Its 21st century renovation was overseen by the Chinese government, perhaps in an attempt to highlight Macau’s pre-colonial cultural ties to the mainland. That notwithstanding, the Mandarin’s House clearly demonstrates architectural traits that are not solely East Asian. As with Goa, Macau was a Portuguese territory; it was handed over to China in 1999. In various parts of the city-state, Lusitan influence is still apparent postcolonially. This is evident in the names of streets such as Avenida da Amizade and Rua da Madeira, as also in the fact that Portuguese is still an officially used language. In the Mandarin’s House, European design elements come into relief alongside Chinese ones, but as the use of the Goan opaline shards in the windows attests, there are other cultural factors to consider.

In Goa, it is not exactly rare to see both chinoiserie and pottery of Chinese origin dating back to the colonial period. While blue and white pots punctuate the furnishings of the Mandarin’s House, bathed in the refracted light that filters through the iridescent window panes, the counterpart would be the family heirlooms and objet d’art of East Asian origin that are sometimes to be found in Goan homes or other institutions. They may take the form of vases and crockery in the colour scheme of azulejos, itself an Iberian art form borne of Moorish and orientalist imitation. 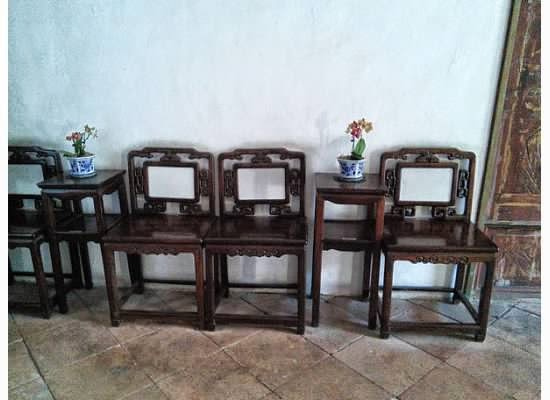 The itinerary of these various objects – opalescent glass, blue and white tile, and china – suggests the cultural circuits of colonial trade that gave shape to class-inflected taste. But what do we know of the labour that fashioned and transported these items or of the colonial consumption of such articles that exceeded the specificity of a given household or institutional milieu? How did the travels of these pieces impact multiculturality within and across Portuguese colonies, to say nothing of the metropole in relation to these outposts? 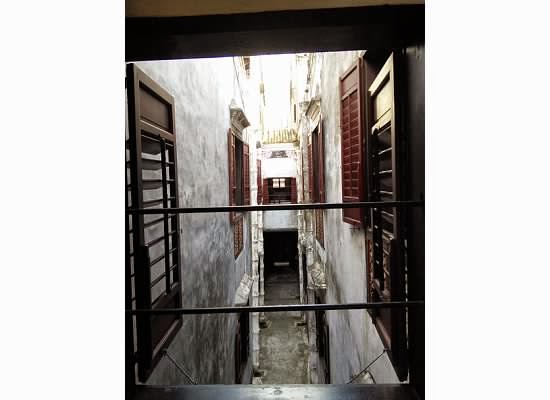 In other words, if a shared coloniality made for the appearance of the prized crockery in my grandmother’s home in Goa, do the windows in my ancestral home open onto another former Portuguese colony, one that shares the same kind of portals even if they are shaped differently? Did it mean the same thing to have “Goan” windows in Macau as it did to have “china” in Goa? Even as the Mandarin’s House takes pride of place in recently Chinese Macau, its legacy would seem to be a window into many other worlds, but not just those of times gone by.

To see the print version of this piece as it appears online, visit here.
Posted by the nightchild at 9:09 PM No comments: