Beirut, then and now. A son looks for where his father had lived and finds other histories in a haunted present.

It was the year my parents would marry in Kuwait. In the 1960s, as Goa was annexed by India and the creation of the Organization of the Petroleum Exporting Countries, or OPEC, signalled the growth of the oil-based Middle Eastern economy, many Goans made their way to the Gulf states due to the rise of employment opportunities there. The American company my father would be employed by for two decades sent him to Lebanon as a trainee in 1969, shortly before my mother would join him in Kuwait, the country where my sister and I would be born.

Nearly a half-century later, I try to locate the street on which my dad had worked and lived. He had always remembered Beirut fondly, a single twenty-something, then, out in the world on his own for the first time. As a friend and I make our way past the weekend crowd, enjoying views of the Mediterranean from the Corniche, the January sun glints off the windows of the towering Phoenician Hotel to our right. “Middle of the road as you start up on the slope”, my dad had instructed on WhatsApp, in response to my query of how far his office building might be in relation to the hotel that shares its name with the street he had called home. On our left, by the edge of Zaitunay Bay, the once glamorous St. George Hotel, now hollowed out, stands mutely as testament to Beirut’s heyday, its Golden Age. Previously damaged during the civil war, the hotel was the site of the 2005 car-bomb blast that killed then-Prime Minister Rafik Hariri. A large banner cuts across its otherwise silent façade like a scream: “Stop Solidere”, it implores, in reference to the company at the helm of redeveloping downtown Beirut, but clearly not without controversy.

As I look for Phoenicia Street, its name recalling this country’s even more distant legendary past, I cannot help but think of that mythical bird reborn of the ashes, and wonder about Beirut’s future, its present so at odds with my father’s recollection of his youthful years in the city. In the midst of growing political instability, Syrians and Palestinians continue to seek refuge in Lebanon, these contemporary crises of displacement layered on already uncertain ground. ISIS, the Israeli occupation, and then the November 2015 bombing in southern Beirut that was eclipsed by news of the Paris attacks that same month. Refugee crises have fast become the most apparent political problem of this second decade of the 21st century, especially as many nations, such as Australia, have balked at taking in the world’s homeless. Yet, ironically, Lebanon has been the shelter of its politically displaced neighbours while dealing with its own instability.

On another day, a young boy follows me as I walk over to Café Younis in Hamra where I was to meet some friends. When my father lived here, this was one of his haunts. He would frequent its cafes with friends he had made from all over the Middle East and other parts of the globe. “Syrian, Syrian”, the lad said, attempting to catch my attention. “Hungry”, he whispered, a shoeshine box in one hand. The vibrant multicultural city was once known as the Paris of the East. Now, its cosmopolitanness is bred from other causes. It is with these lines that the seminal postcolonial text Orientalism (1978) opens: “On a visit to Beirut during the terrible civil war of 1975-1976 a French journalist wrote regretfully of the gutted downtown that ‘it had once seemed to belong to . . . the Orient of Chateaubriand and Nerval.’ He was right about the place, of course, especially so far as a European was concerned. The Orient was almost a European invention, and had been since antiquity…” Even as he exemplifies the Beirut of the past as the epitome of how the West imagines the East, the late Palestinian American writer Edward Said captures the ephemerality of a city lost, one still immersed in its own pain.

Of the impossibility of knowing these ghosts in the way only the haunted can, Said goes on to say, “Perhaps it seemed irrelevant that Orientals themselves had something at stake in the process, that even in the time of Chateaubriand and Nerval Orientals had lived there, and that now it was they who were suffering…” As if in illustration of Said’s observation of the juxtaposition of the fantastic past with the tumultuous present, the former somehow made more cognizable than the critical nature of reality, in the erstwhile Phoenician city of Tyre, millennia-old ruins stand monumentally in South Lebanon, almost rendering invisible the neighboring Palestinian refugee camp of modern provenance.

In Beirut city, amidst the newly rising buildings, there are creative signs of dissent. A stencil of an Anonymous mask on one wall, flowers bursting out of a rifle held by a gunman on another. As I wonder how long these bold displays of public art might last, I continue to confer with my dad who is in Goa. “There was a coffee shop outside”, he advises via messenger, attempting to orientate me. But the company building seems to be non-existent. I ask a few locals. No one has heard of it. I look around to see newer buildings, their silhouettes sharply contrasting with the older architecture of the 60s and 70s, invariably pock-marked with evidence of the civil war. A few blocks further, the ravaged Holiday Inn of the infamous “battle of the hotels” looms inhospitably. “I saw it go up in flames from my balcony”, a Lebanese American friend later finds occasion to convey when we talk about my trip and memories of her childhood. “My landlady must be dead by now. She was in her 60s, then”, dad tells me on the phone when we speak. He had also tried to contact a Lebanese friend he knew to show me around, only to discover that the man and his family were long gone. I had found Phoenicia Street, but it was no longer 1969.

From India Currents. Another version also appears in The Goan. 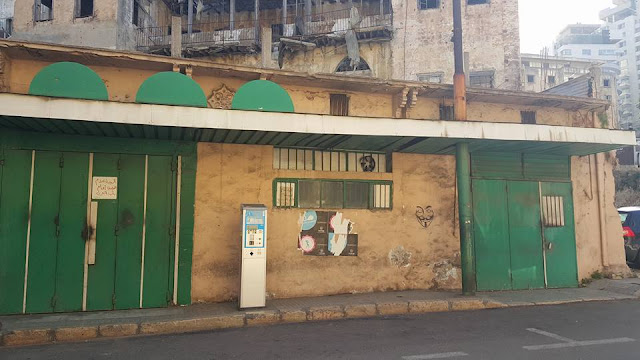 Posted by the nightchild at 6:24 PM No comments:


It has been twenty five years since the Rodney King beating in Los Angeles. The event continues to resonate internationally, especially given recent events in India. 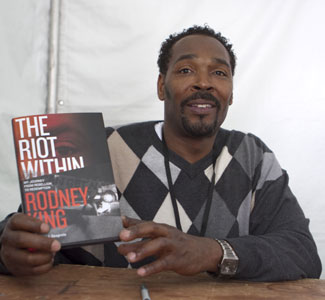 The 3rd of March, 2016 marked the 25th anniversary of the late Rodney King’s beating by Los Angeles police officers. Over a year later in May 1992, the tumultuous scenes of civil unrest in Los Angeles could not have felt any closer to home, even as my family and I watched them on the television in Goa. The newscaster offered a recap of the story that we had been following intently since April. Tensions had flared in the aftermath of the verdict in the King beating trial. Despite videotaped evidence by George Holliday who lived near where the beating had taken place, the jury exonerated the policemen responsible for violently assaulting the black motorist. The acquitted policemen, as well as the jury, had been all white. In a year, we would be emigrating to the United States. Los Angeles was our destination. And, like King, my first name is Rodney.

King was so much a part of my consciousness that I would often introduce myself as “Rodney… You know… like King? Rodney King?” I needed the added qualification because, as I was told on more than one occasion, it was odd that someone of my racial background would have “a name like that.” In a city as diverse as Los Angeles, multiculturalism does not equate with awareness or the lack of segregation, and the same could be said for the many places I have called home across the world, India included.
During the unrest, when King famously made his televised plea for the people of his city to “get along,” his statement became the stuff of legendary ridicule. Was it that the notion of co-existing amicably was so simplistic, or that the sentiment had come from an ordinary black man with a rap sheet who had been beaten by the police? What the incident had done was to raise questions about police brutality and whose rights the keepers of the peace were protecting. For South Asian Americans, among members of other ethnic communities, similar issues of racial profiling and civil rights violations rose to a crescendo in the aftermath of the 9/11 terror attacks. Racial injustice may not be unique to any one minority group, but it is this very ubiquity of violence that should make us more mindful of its existence, as well as the role the state plays in using violence to undermine the rights of minorities. Echoes of the legacy of King’s beating can be heard 25 years later in the contemporary United States where the Black Lives Matters movement continues to draw attention to the deaths of Black people at the hands of law enforcement. Similarly, the movement incited by the January death of Dalit scholar Rohith Vemula in India has underscored how state-backed educational institutions perpetuate upper caste privilege while turning a blind eye to the plight of Dalit students. It is no coincidence that in the Vemula moment, charges of anti-nationalism have been levied against those on campuses that have been allegedly involved in questioning abuses of state power. Even so, it is essential to note that current discussions of political dissent and freedom of speech cannot stand in for the struggles of Kashmiris or Dalits.

King’s arrest still resonates internationally 25 years later as evidence of how it is often the targets of state violence who bear the brunt of having to prove their victimisation. If even after his death, there continue to be efforts to depoliticise Vemula’s suicide through ludicrous claims by the police that he was not actually Dalit, there are parallels to be drawn to the fashion in which Black victims of police violence in the United States find themselves having to prove their lack of criminality. In her article “Endangered/Endangering: Schematic Racism and White Paranoia” (1993), Judith Butler explains how King’s body was made synonymous with a threat that required policing to ensure white safety. Similarly in India, Dalit bodies become the site of recognition of upper caste privilege; in effect, saying Vemula may not have been Dalit attempts to reduce upper caste culpability in his death.

While King’s beating highlighted the racialised nature of state-sponsored violence, it was never his intention to be a cause célèbre. “Long after your case is closed, you are going to have to be Rodney King for the rest of your life. Do you think you can handle that?” attorney Steven Lerman had asked his client, the Los Angeles Times reported in a story following King’s death in 2012. “Steve, I just don’t know,” King replied. The article also quotes an earlier interview in which King mused, “People look at me like I should have been like Malcolm X or Martin Luther King or Rosa Parks … But it's hard to live up to some people's expectations...” King was an ordinary man upon whom national attention had been thrust. Yet, 25 years later, his story still bears relevance. The same will be true of Rohith Vemula, an ordinary man whose mind was “a glorious thing made up of stardust”, a young person who could not live long enough to see things change, but one who hoped his death would not be in vain.

From The Goan.
Posted by the nightchild at 8:06 PM No comments: