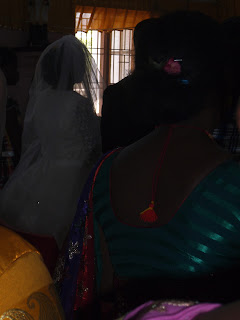 I recently attended a Siddi wedding in Yellapur, a town located in Karnataka, a couple of hours away from that state’s border with Goa. Witnessing the wedding traditions being celebrated, what became apparent to guests in attendance from Goa was the congruence between this African Indian community’s customs and their own. Additionally, the Catholic nuptial mass was conducted in Konkani, which is not entirely unusual, since the language is spoken in Karnataka, too. The priest that officiated the wedding said that he had familiarized himself with the vernacular of his predominantly Siddi congregation, and that it was a pidgin form of Konkani with elements of Kannada. This prompted a conversation among the Goan wedding guests who began discussing what the most authentic form of spoken Konkani is. It struck me that what was being considered while guised as a debate about the purity of linguistic expression - itself troubling because it participates in a politics of casteist hierarchies and exclusionary difference - was whether there might be an authentic connection between Siddis and Goans that went beyond language and culture. 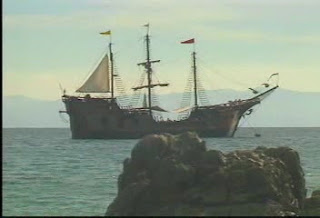 That the Portuguese enslaved Africans and transported them to Goa in the Early Modern period has been documented, as well as the subsequent flight of these slaves to neighbouring Karnataka, outside the Portuguese Indian realm. There, they formed communities that continue to exist. “With Cultural Strings Attached,” an article in last week’s The Goan, chronicles the existence of other geographic communities of Siddis – an identification given to all Indian groups of African origin regardless of their lack of historical connections to one another. In the article, Ammu Kannampilly notes that “since 1956, [Siddis] have been the beneficiaries of affirmative action policies in India. The Sports Authority of India (SAI) even launched a special Olympics training centre in Gujarat in 1987, in an attempt to capitalise on the athleticism of the African-origin [people].” Not much more need be said about the inherent racism of this alleged “affirmative action” effort, which presses stereotypical notions of racial ability into specialised labour for the benefit of the multicultural nation. What is also telling is that after centuries, Siddis continue to be looked upon and classified by the State as not authentically Indian. By this I do not simply mean that Siddis have been acculturated as Indians, but that they are also biologically so after having been in the Indian subcontinent for several generations. 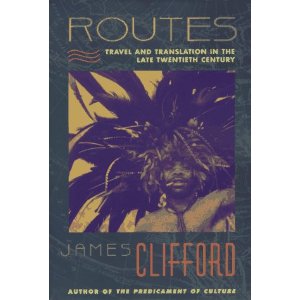 In Routes (1997), James Clifford explains that “multilocale diaspora cultures” have the ability to “connect multiple communities of a dispersed population.” In the Goan context, its most readily identified diasporic communities are the ones in East Africa, the Middle East, Britain, and even Bombay. Their global dispersal notwithstanding, what connects these multilocale diaspora cultures, among other elements, is the commonality of ethnicity. If members of these diaspora locations are culturally hailed as Goans despite their distance from the homeland, then the absence of Siddis in the Goan cultural imagination needs to be viewed as an unexamined racial bias. Doing so requires not only the acknowledgment that Siddis share a Goan heritage that includes biology, but also that Goans have black blood in their veins.

To see this post as it appears in its print version, visit here.
Posted by the nightchild at 11:04 PM No comments: