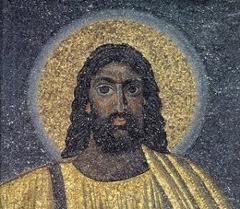 As a child, I was told a story by a relative about the frescoes and statues that adorn those Goan churches of the Portuguese colonial era. Commissioned by the Church, these earthly renditions of heaven on high, I was informed, were meant to appear ethereal, radiant, and sacred. Instead, they looked Indian. The Indian workers employed to make manifest the European-tinted iconography of a Semitic-originated Christianity, could only interpret the divine in a corporeality they were familiar with. Their depictions of the godly looked less like the colonizers, who cast themselves as purveyors of the faith, and more like themselves, the colonial commoner.

I share this, perhaps, apocryphal tale from my childhood not to centre the role of sacred Christian art in the legacy of Portuguese influence in colonial and postcolonial Goa but, rather, to consider how art functions as a measure of such culture. Art, like other cultural production, encodes the impact of its time, both as the weight of authority and resistance to it. In this vein, I consider here the capacity of art, often deemed the purview of the elite, to evoke its originary circumstances and, thus, put into relief the everyday, the mundane, and its importance.

For example, as Savia Viegas points out, when Angelo da Fonseca (1902-1967) attempted “to give a new ‘visual lexicon’ to Christian art” in India, his “attempt to root Christian imagery in local culture and art traditions” was met with “[t]he Roman Catholic Church [taking] umbrage against his renderings of a brown-skinned Madonna and various saints ... Moreover, for the [Goan] Catholics, the classical Mary was a source of identity that connected [them] with ‘white society,’ and da Fonseca’s work was deemed threatening.”[1] So much for the egalitarian idea of being made in God’s image... 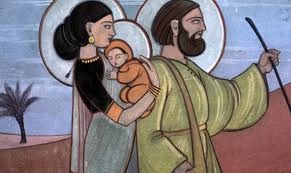 What Viegas points to is not only the elitist intertwining of the charade of faith with Eurocentrism and phenotypic bias, but also the polarized deification of the figure of Mary. Robert Newman notes that “[a]lthough modern Europe has only pale memories of Greek, Scandinavian, and Celtic goddesses behind their patriarch-dominated religion imported from the Middle East, it was not always so,” implying the gendered difference between Semitic religious traditions, such as Christianity, and their counterparts which tend to revere a Mother Goddess figure rather than only a paternal icon.[2] In the missionising process of colonial Christianity in South Asia, “[m]any sites that had been sacred to the worship of goddesses ... were re-sacralized by making them important to the Virgin Mary,” Newman opines. He also adds that “[t]he Indian goddess ... is not an intercessor, like the [Europeanised] Virgin Mary, between people and a masculine deity, but a power in her own right.” In her Indianisation, Mary, like other South Asian Mother Goddesses is a deity unto herself – an independent manifestation of female divinity. Hence, while the Goan elite may have taken offence to da Fonseca’s brown Madonna because this had disconnected her from them, he had actually portrayed an icon who in appearance was closer to the masses that had adopted her as their own. 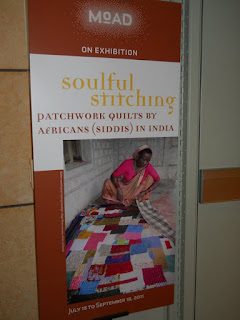 While artistic expressions of religious iconography speak to the identificatory processes of a people grappling with colonial legacies in their everyday lives, it is even in mundane objects that such historical influences reveal themselves. Known as kawandi, quilts created by Karnataka’s Siddi women are of import to an understanding of Indo-Portuguese history and its extant traces. These quilters are descended from Africans enslaved by the Portuguese in the sixteenth century and brought to Goa. Fleeing most notably during the Inquisition (1560-1812), the runaway slaves set up free communities in nearby Karnataka which still exist. Kawandi are not primarily created as art. Instead, pieced together from older garments, the use of brightly-coloured fabrics purposefully functions to brighten rural living spaces with little light. The recognition of the artistic talents of Siddi women has drawn attention to the community’s history where the quilts themselves bear hints of the past.[3]  Kawandi may contain crescent-shaped ornamentation to signify the maker as a Muslim while the works of Catholics utilize cross motifs, bearing testament to conversion. Common to all kawandi is a mark of completion in the form of a corner embellishment made of layered triangular pieces. These are called phula, which in Konkanni – spoken in Goa and Karnataka – means flowers. The adornment, incorporating the linguistic with the artistic, recalls the Siddi community’s past in Goa. In delivering the legacy of quilting from one generation to the next, Siddi women maintain cultural traditions, and also the community’s history as African Indians who defied colonial Portuguese authority to liberate themselves.

Fabric as art also evokes the Portuguese legacy in Goa beyond India’s borders. At the Cathedral of Our Lady of the Angels in Los Angeles, California, John Nava’s “Communion of Saints” is a tapestry that features among its subjects a Goan missionary. The Blessed Joseph Vaz (1651-1711), an Indian priest with a Portuguese name, blends in with the tapestry’s other multicultural figures which also consists of unnamed people. This mélange represents the indecipherability between the holiness of everyday folk and the anointed. At the same time, Vaz’s inclusion in the artistic composition as one beatified, but not yet canonised, raises the question of what role race plays in the recognition of venerability. Again, what this summons is art’s interrogation of the complexities of cultural legacies. These legacies are represented in the sacred and the mundane and as a record of authority and resistance, where Portuguese and Goan heritage are imbricated in the complementary and clashing hues of art that does not simply choose to please the eye.

A version of this article appears in print as a supplement to The Goan and can be viewed online.
[1] Savia Viegas, “Painting the Madonna Brown” in Himal Southasian (August 2010).
[2] Robert S. Newman, Of Umbrellas, Goddesses and Dreams: Essays on Goan Culture and Society (Mapusa: Other India Press, 2001).
[3] An organization called the Siddi Women’s Quilting Cooperative promotes and sells the quilters’ creations.
Posted by the nightchild at 5:16 PM No comments:

The website of the American embassy in London informs me that I can deposit my absentee ballot with them ahead of the upcoming election. However, I am anxious to make it back to the United States in time to vote with everyone else. Despite my enthusiasm for the democratic exercise, I continue to be ambivalent about the idea of having national belonging to any country, because of my family’s diasporic history as well as my own transnational circumstances. So why is it so important for me to be present at or feel the strong need to cast my vote in the impending U.S. election?

When she left Goa, it likely did not cross my grandmother’s mind that she would be laid to rest in another country, one far away from her own native land. My grandmother probably did not think of the children she would have, leave alone the grandchildren, who would journey even farther afield than British East Africa where she settled. Her youngest daughter, my mother, emigrated to the United States from the Arabian Gulf, along with her family, under an African quota. I was to enter the new country of my residence because of Kenya, a place I had never known. In 2008, it finally became untenable for me to continue to hold on to my original nationality – the citizenship of a country I was not born in. That year, I voted in my first U.S. election, bringing to power a man of part-Kenyan origin, America’s first black president. 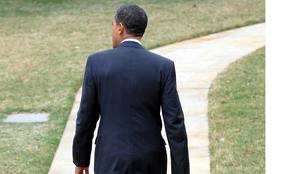 Just before the historic election, I had the opportunity to visit Kisumu, where the Obama family is from. The 44th U.S. President’s Kenyan origins had, until recently, been the reason why there was so much suspicion about his birthright to that office. I also visited the sites of my family’s own history in Kenya, including my grandmother’s last resting place in Mombasa. Since living in the United States, I have not been to Kuwait where I was born an Indian national due to the citizenship restrictions of my birthplace. My last time there was during a transit stop on our voyage as immigrants to California, which was to become our new domicile. Northern California and North London see most of my time currently, though I routinely visit my parents who now live in Goa. Given my past, to this day, and maybe forever, there is a question that will always confuse me: “Where are you from?” Is there solace in knowing that even the President of the United States has himself been repeatedly asked that question? 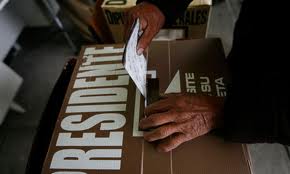 While Obama evokes my family’s history in so many ways, when I vote for him again this year, it will be with all the doubts I have about his political record, and with particular misgivings about his handling of foreign affairs. Nor is my vote in promotion of the ideals of multiculturalism as a form of American exceptionalism. Rather, it is a vote for the importance of difference within and outside borders. If in 2008 I voted for how that idea crystallizes in Obama, my vote this time is for the belief that difference inspires even beyond the limits of that which symbolizes it. I vote to hope that things can and will be different.

The online version of this article may be accessed here.

Posted by the nightchild at 1:59 PM 2 comments: