Although I am told we had met, I have no recollection of my paternal grandfather for whom I am named. Indeed, growing up, most of the accounts I heard of him were less than pleasant ones. For example, if I was being naughty, I would be informed of how lucky I was that João Santana Benedito Ferrão was not alive to witness the mischief his namesake had gotten up to. Apparently, my father and his siblings were subjected to elaborately gothic punishments if they were caught being errant. Once, the senior Benedito had his two youngest children kneel outdoors on rock salt in the afternoon sun, because they had returned home late from school. Well, at least that is the way my dad and his sister remember their childhood. We have all heard those tall tales from our elders, surely, wherein youthful suffering is embellished and its sweetness doubled. 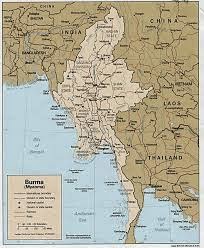 Upon moving to Australia a few months ago, I was put in touch with a Goan family in Melbourne. I was delighted to discover that they had known my family in Goa, and more so that they had known my grandfather. As it turns out, my grandfather had been responsible for setting up their parents. I tried picturing it – the stern Advogado Ferrão as matchmaker. It is an image I find hard to reconcile with the stories I had heard about the man from when I was younger. “But I wonder how he could do it,” the oldest sister remarked. “Your grandfather and my father were very good friends, but my mother was so many years younger than her husband-to-be.” In that day, proposals of this nature were not uncommon. Certainly gendered – it was not often that older women were paired up with younger men – one could muse that it was because of low life expectancy. Or, perhaps, practicality. “She had had it rough,” the Goan Australian woman said, reminiscing about her mother. The young bride my grandfather was responsible for matching up with his friend had survived the 1942 trek out of Burma.

As chronicled in Songs of the Survivors (2007), edited by Yvonne Vaz Ezdani, the Japanese occupied what is now Myanamar, beginning with an attack on Rangoon in December 1941. It was a couple of days before Christmas and a fortnight after Pearl Harbour, and there was no celebration to be had as the year came to a close in great uncertainty. World War II was well under way. In what came to be known as The Great Burma Trek, half a million people made the perilous journey through mountains and jungles to India as refugees. Among them was the Goan community that had called Burma home under the aegis of the British. Many died en route.

Earlier this month, my new Goan Australian friends journeyed to the homeland to celebrate a family wedding in Candolim. The groom and I knew each other as childhood friends in Kuwait where we had both grown up. His grandmother, the Goan woman from Burma whom my grandfather had set up with his compadre, was not to be there for his special day having passed on exactly a year ago. It was a bittersweet return for the family. “She’d had a good innings,” one of her daughters had said to me before she left for the family gathering in Goa.

After all these years, I had not expected to “find” my grandfather in Australia. When I was old enough to travel, my parents brought me to Goa to see my grandparents in Aldona. Before we left to return to Kuwait, my father remembers, Benedito Ferrão took the child that had been named after him into his arms and whispered, “This will be the last time I see you.”

My thanks to Frederick Noronha of Goa 1556 for loaning me a copy of Songs of the Survivors on short notice. An online version of this piece as it appears in print can be seen here.
Posted by the nightchild at 12:15 AM No comments: