Exhibitions in the cities of Panjim and Paris prove the need for art curation that heeds history and Goans themselves. 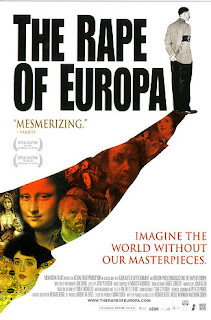 In The Rape of Europa (2006), a documentary about World War II-era efforts to protect European art from the looting Nazis, there is a striking segment about St. Mary’s Basilica in Kraków, Poland. Its storied altarpiece had been dismantled and taken to Nuremberg by the Germans. This loss was not only that of an artistic legacy, but that of the community’s heritage. When sculptor Veit Stoss’ Gothic masterpiece was unveiled in the fifteenth century, the Polish were awestruck. But it was not religious wonderment they experienced as much as a sense of familiarity. The icons that constituted the altar looked like them, ordinary Poles. Stoss had used his neighbours as the models for his creation.

In December 2016, for the first time in my life, I entered the Palácio Idalcão, recently thrown open to Goans after years of having been off-limits due to renovations. Beautifully restored, the nearly half-millennium old building overlooking the Mandovi river in Panjim, was the site of an exhibition that constituted the Serendipity Arts Festival 2016. As in Kraków, ordinary folk in Goa would have been able to see people who looked like themselves in an artistic setting. On exhibit was a set of vintage photographs titled “The Way we Were”. Curated from the archive of Souza & Paul, a studio still in existence in Panjim and whose origins date back to the late nineteenth century, many of the images were on view publicly for the first time.

While art and exhibitions of it delimit viewership by class and social status, the situation of these historic photographs in the iconic building in the capital city of Goa denotes the importance of creating public spaces in which Goans can appreciate their own artistic heritage. There has been talk for some time now of the Palácio serving as a permanent museum of specifically Goan art, but one wonders why it took an effort from outside Goa to create the exhibition being discussed here. A museum at the Palácio would go a long way in bolstering art appreciation and education in Goa, but it would also re-enliven engagement with Goa’s history. When I asked the person that gave me a ride to the exhibition to drop me off at the Adil Shah Palace, he looked at me quizzically. “Old Secretariat”, I clarified. 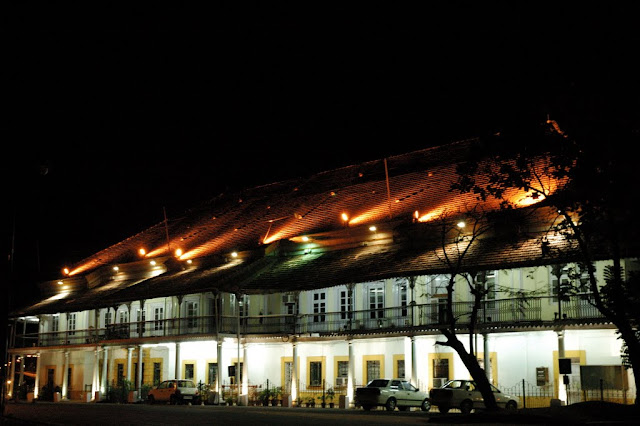 Certainly, the Palácio’s function as the former site of the Goa Assembly is one that is far more recent than its having been the viceregal residence during the Portuguese era, or Adil Shah’s summer palace until his ouster by the Portuguese in 1510. Yet, the erasure of the edifice’s erstwhile name from public memory, and the absence of any prominent signage to mark the building’s originary title, evidences the ongoing amnesia around and deliberate eclipsing of Goa’s Islamicate heritage. The ability of museums to serve as public spaces through which to propagate such learning was made apparent at an exhibition I visited at Paris’ L’Institut du Monde Arabe, or the Arab World Institute (AWI). 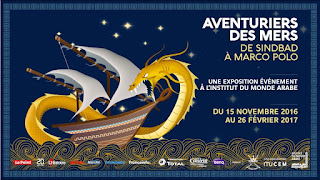 The AWI exhibition “Ocean Explorers from Sinbad to Marco Polo” (15 November, 2016 to 26 February, 2017) puts on display objects associated with the history of medieval and early modern seafaring. Prominent among these are elements specific to Goa and Iberian history as they relate to the Islamicate world. As one of the exhibition notes explains, the European search for oceanic routes to the Indies was largely predicated upon undermining the centuries-old “sea trade between the Mediterranean and the Indian Ocean [which] was controlled by the Muslims … Right at the end of the 15th century, the Portuguese began to sail in the Indian Ocean…” Consequently, there was a rise of exports from such places as “Goa and Iznik [Turkey], [where craftspeople] began to work in a semi-industrial way to produce the goods destined exclusively for external markets. This … established new dynamics, laying the foundations for the first phenomenon of globalisation”.

Items such as an ornate late-seventeenth century chest with inlay work, exported from Goa, serve as proof of the region’s involvement in this global circuit. Simultaneously, the influence of Goa’s contact with other parts of the world is to be seen in various artefacts. Chief among these is a sixteenth century marble tombstone from Goa (on loan to the AWI from Lisbon’s Society of Geography Museum), which bears inscriptions in Roman and Arabic scripts in addition to calligraphic design. It struck me that one had to come to Paris to see such instructive examples of Goa’s past. 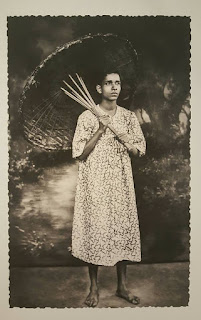 Part of the educational experience was the level of detail in the curation, something which was sorely lacking at Serendipity. For instance, many of the Souza & Paul images were presented sans dates and with dubious information about the subjects. “Christian Man” a note would say, as if the subject’s ‘Western’ garb would be enough to derive such information. As Goan art historian Savia Viegas demonstrated in “Moments, Memory, Memorabilia: An Exhibition of old Goan Photographs”, which she curated at the Xavier Centre of Historical Research in December 2015, even Catholic subjects would sometimes affect ‘Hindu’ style in order to demarcate their caste standing. The curators at Serendipity, it would seem, needed to have done a little more homework.

When Stoss’ altarpiece was rescued from Nuremberg, it was returned to its rightful owners, the people of Kraków whose likeness the sculptor had captured. Likewise, the Idalcão belongs to the people of Goa. That it could serve as the site of preservation and propagation of Goan art can only be a vision fulfilled if it also involves those whom that art represents. 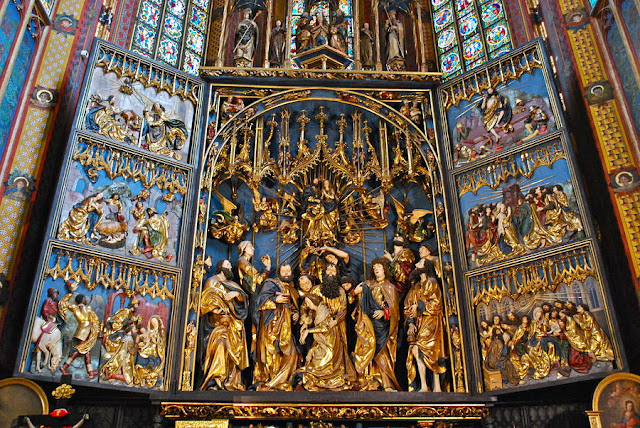