"Blacklisted: Racism and the Injustice of Popular Violence" - THE NAVHIND TIMES (6 November 2013) 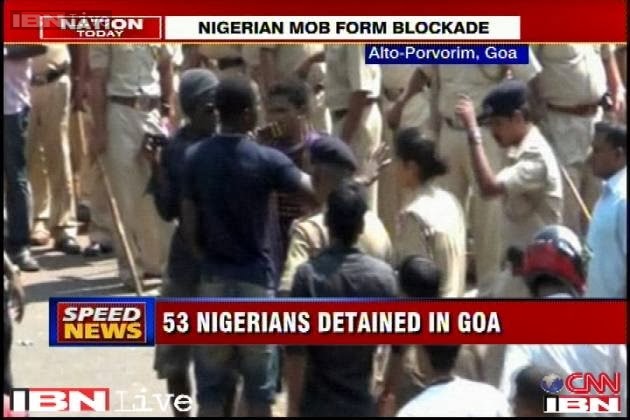 On 31st October, the local media was saturated with news of a group of Nigerian nationals who, it was claimed, had removed the corpse of their murdered compatriot from the hearse carrying it, thereafter placing the body on the road, effectively blocking traffic on NH 17 in protest. Policepersons intervening in the protest were said to have been assaulted and, to complicate matters, the Nigerians were subsequently set upon by a mob, and viciously beaten up, such that two Nigerians suffered life-threatening injuries. The statements made by some of the Nigerians, that the protest was spurred by their fear that the police were not investigating the murder seriously nor paying heed to allegations that two prominent Goan politicians were involved in the drug trade of which the murder was a possible fall-out, were largely ignored.

Public reaction was astounding. Instead of being horrified at the mob lynching of the protesting Nigerians, most persons tended to respond with the simplistic question, what else were the locals supposed to do? This question implies that the Nigerians deserve what they got, not only because they were causing a nuisance, but primarily because of their alleged involvement in the drug trade in Goa. It is precisely this sort of rhetoric that demonstrates the double-standards at work in our society and as especially evidenced in this particular case. The assault on the Nigerians as well as the subsequent reportage, not to mention comments on social media, reek of a barely concealed, when not blatant, racism. 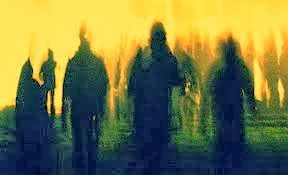 Incidents of mob lynching are often presented as spontaneous eruptions of anger against an ineffective government, but are in fact almost never so. Usually the manifestation of a shared local sentiment against a weaker opponent, they tend to happen only when it is convenient and ‘safe’ to take the law into one’s own hands. Why should a blockage of the highway lead to murderous assaults by people armed with lathis and iron rods? If this lynching was really a response to the government’s inaction against the drug mafia, as some claim, why have we never seen such attacks on the police or the politicians who have been frequently accused of protecting or patronising the trade? The answer is that most participants in the lynching are aware that attacking the police or politicians would have very serious legal and extra-legal implications. Lynching is never directed at the powerful but at the powerless. This ugly phenomenon is often directed at the innocent, as in the case at Arambol a few months ago, when a person mistaken for a thief was tied to a pole and then beaten almost to death – again by ‘locals’ – before he was rescued by the police. Media images showed a bound and bloody semi-naked figure whom bystanders were laughing at and taking pictures of on their cell phones. Social sanction for lynching is deeply troubling, and it cannot just be blamed on an unresponsive government. 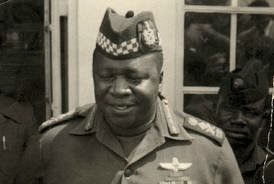 Next is the issue of the ‘common sense’ that seems to prevail in Goa: that Nigerians are drug peddlers. It should be obvious that the entire population of Nigerians who visit or are resident in Goa cannot be peddling drugs. Such an assumption gains credibility only when supported by a racist logic that tars an entire community based on the actions of a few. Substantial examples of racism can be found in media reports and editorials, while the viciousness of social media is almost beyond description. Nigerians have been described as “hefty”, “boisterous”, “Uncivilized, uneducated pirates”, and one commentator proclaims, “we can't forget what they did to us during Idi Amin times”. As the latter quotes demonstrate, the identities of distinct nationalities – Ugandans, Nigerians, and others – have been conflated while venting frustration. The only common feature between these nationalities is that they are all African and black. Even Goan diasporic history – the 1972 expulsion of Asians from Uganda by Amin – is roped in as reason for retribution. Further, there is the almost classic racist fear of the savagery of African men. One particularly telling comment on Facebook describes them as “massive Afzal Khan brand African giants,” intertwining the fear of the Muslim along with that of the African.

This is not surprising given our caste culture, which can surely teach racism a thing or two about violent discrimination on the basis of birth. Our society nurtures a biased belief in hierarchy and discrimination, all of which is also tied to skin colour, so that it is very normal for black people to be treated worse than whites. In an interview many years ago, an African living in Mumbai pointed out that while apartheid in South Africa was the law, in India it is human nature. This results in the khapri, or African, being relegated to the bottom of the caste ladder, lower than the lowest – not least because of Goans recalling their times in Africa as colonial collaborators, but also due to the legacy of slavery in Portuguese Goa, both of which have given Goans unacknowledged African bloodlines. Ganging up on Africans, whether physically or politically, brings Goans ‘together’ against the lowly outsider, creating a fake and racist unity. How convenient this racism is can be seen from the immediate attempts to cash in by MLAs like Rohan Khaunte and Vijai Sardessai, with their open defence of the lynching and avowed support to defend those responsible. 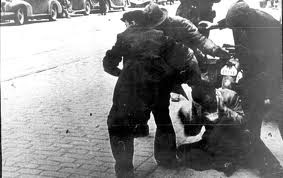 The calls for “rounding up” and deporting Nigerians are disturbingly reminiscent of the pogroms carried out against the Roma and Jews in Europe, and against other ethnic minority groups across the world. It is all the more ironic given the contemporary and routine racial profiling of South Asians, Goans included, who travel to or live in other countries. While many citizens see profiling as a logical response of the State, the fact is that such assertions of tough administration invariably come after an incident such as this; they are merely spectacles and knee-jerk responses, not evidence of good governance. In fact, the inherent jingoism conceals the rot in the system that has produced the problem in the first place. If some Nigerians are involved in drug peddling, can they have been doing it without local assistance? Indeed, the incident that commenced in Parra and concluded in Porvorim is an example of how institutions of governance have been systematically dismantled over time to serve the personal agendas of the locally powerful. Some foreigners may have benefitted from the space that opened up, but the truth is, as so amply demonstrated on 31st October, that eventually they are as much the victims as locals. Tragically, these victims set upon one another while the kingpins laugh all the way to the bank.

In the face of this popular support for mob violence, Chief Minister Manohar Parrikar’s assertion that it cannot do for citizens to take the law into their own hands is well placed, and one hopes that his statement that his government may prosecute those responsible for the life-threatening attacks on the Nigerians will be realised. Lynchings become precedents for more violence and, to reiterate, they invariably mete out unjust punishments.

This article was co-written with Jason Keith Fernandes, Amita Kanekar, Anibel Ferus-Comelo, and Albertina Almeida, and appears on The Navhind Times.
Posted by the nightchild at 1:05 AM No comments:

As I write this column here in Goa, on the other side of the planet – at the University of Iowa in the United States – the latest edition of Peter Nazareth’s novel The General is Up is being ‘cyberlaunched’. First published by the Writers Workshop in Calcutta in 1984, then Toronto’s TSAR Publications in 1991, the 2013 edition has been produced by local publishing house Goa 1556. Yet, despite Nazareth’s Goan roots and his use of Goan characters, it would not be right to say that the novel’s circuitous publishing history has finally brought it home. Indeed, at the crux of Nazareth’s tragicomic novel are the deeply perplexing questions: ‘Where is home?’ and ‘Whose home is it?’

Employed by Uganda’s Ministry of Finance until the early 1970s, Nazareth left the country during perilous times to take up a fellowship in the States. Presciently, his first novel In a Brown Mantle, published in 1972, foretold the expulsion of Asians from Uganda by President Idi Amin that same year. In The General is Up, Nazareth reuses the fictional African country of Damibia, which he introduces readers to in his debut novel. Nonetheless, it is clear that the author draws from his own intimate knowledge of political instability and personal loss, and that the novel’s dictatorial namesake is the very real Amin. Consequently, the postcolonial setting in Nazareth’s work is used to explore themes of nationalism and displacement. Goan characters, such as Ronald D’Mello in The General is Up, find themselves on the verge of being exiled from a land they had thought of as home. Interrogating concepts of national identity and belonging, the profound comment the novel offers is on the use of fiction in politics: the made-up nation of Damibia is as ‘real’ as the manufactured truth of nationalism. 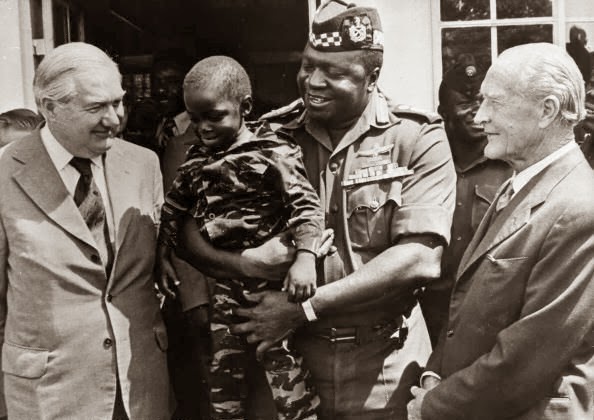 Because of its multiple locations – East Africa, Goa, and the West – The General is Up is both record and allegory of the human geography of Goan identity. The just released Goan edition resurrects Nazareth’s novel for a new generation of readers. But why should this text matter to Goans? I would suggest that the novel still functions as an index of identity issues that continue to inform the fraught relationship that Goans have with the postcolonial nation, as well as class and caste. Take the aforementioned D’Mello’s reminiscence of his time in Goa: “He could not go to any of the Damibian ... schools because ... the colonial government had made sure that there was no racial mixing ... [I]n Goa, ... he had discovered that there was nothing inherently middle-class about Goans. Just like Damibians, Goans could be servants, bus drivers, peasants, as well as the occasional landowner.” 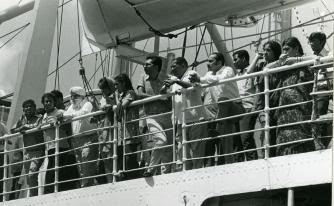 Through D’Mello’s experience, Nazareth presents a critique of social stratification and internalised racism. By telescoping what his character finds in Goa to the diaspora, while also critically diminishing the difference between the two, the novelist assesses the limited bases of community formation and ethnic solidarity, simultaneously holding the nation to task for its imperious designs – the collusion betwixt these elements hangs thickly in the background of events that unfold in the novel. It is not just the General, that ironic symbol of postcolonial freedom, that Nazareth holds up to scrutiny, but also those seemingly average actors who play their part in perpetuating the status quo. Even now, The General is Up still reads as a cautionary tale of how home is never what it seems.

To see the print version of this article, visit here.
Posted by the nightchild at 12:49 PM No comments: