Goa University’s plan to inaugurate a Bollywood course needs a rethink that includes the history of Goans in the industry.

A couple of weeks ago, ­­Goa University’s Board of Studies announced that it will introduce an optional undergraduate course in Indian cinema, tentatively titled “History of Indian Cinema, 1913-2013” (O Heraldo, 8 July, 2016). Commonly referred to as Bollywood, India’s is the most prolific dream factory in the world. While for this and other reasons Indian cinema is worthy of study, the trajectory of Goa University’s proposed course gives cause for concern. 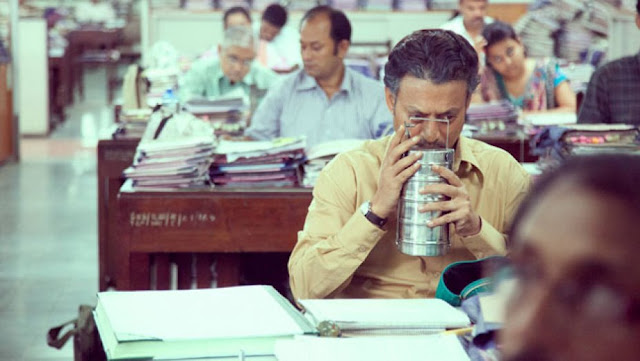 Quoting Prajal Sakhardande as “[t]he brain behind the concept”, the news report chronicling the development of the film course states that the curriculum would cover the origins of “the Indian film industry in 1913, migration to talkies in the ‘30s, growth of regional cinema, Bollywood’s golden age from the ‘40s to ‘60s and the advent of ‘masala movies’ from 1970”. Additionally, Sakhardande is reported to have said that the course would focus on such components as the “[m]ovies starring members of the famous Prithviraj Kapoor family to decades when Dev Anand, Rajesh Khanna, Amitabh Bachchan, Dharmendra, King Khan, Madhubala, Hema Malini, Sridevi and Madhuri Dixit ruled the industry…”­ Ambitious, no doubt, but the projected curriculum leaves something to be desired.

Indeed, there are plans to offer the Bollywood course alongside a couple of other options as part of the Choice Based Credit System (CBCS) available to undergraduates. Sakhardande states that “[b]esides Bollywood cinema”, other offerings may include the “history of regional cinemas, including Konkani films…” This is precisely the problem. Again, the study of cinema is important, and within its scope there is room for the consideration of the multiple regional forms generated within a national context and their relationship to one another; yet, what the proposed Goa University course seems to imply is that there is (or was) no Goan contribution to the cinema of India. Even as it is important to study Konkani cinema, the question to be asked is what does it mean to teach about Indian cinema in Goa without considering the place of Goa and Goans in the history of this national industry? 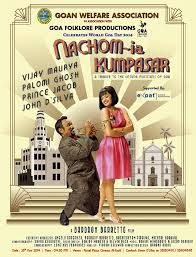 To say that the current curriculum privileges a mainstream perspective on Indian cinema is not a stretch, especially given how those who have conceived of the course have chosen to highlight the legacies of a set of particular players. On the one hand, this privileging of cults of personality suggests that things to do not bode well for the inculcation of critical analysis through the syllabus. And on the other, by uncritically presenting the cinema of India as the cultural production of Hindi-speaking actors and directors, Goa University participates in the occlusion of minorities, such as Goans and Baghdadi Jews among others, who greatly contributed to the history of Indian cinema. Such a nationalist agenda obscures the major contributions of Goans to the music and other facets of the Golden Age of Bollywood as evidenced in Naresh Fernandes’ Taj Mahal Foxtrot: The Story of Bombay’s Jazz Age (2011) and the Konkani language film Nachom-ia Kumpasar (2015), directed by Bardroy Barretto. 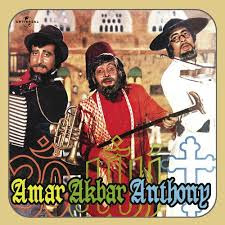 It is no uncommon fact that the place of Goans in Indian cinema history has been relegated to the mists of time, leaving the contributions of many unknown even to their fellow Goans (leave alone Indians in general). For instance, it might come as a surprise to many that Anthony Gonsalves was a real person who worked in Bollywood and is not just the Christian character to whom he lent his name in the cult classic Amar Akbar Anthony (1977), in which Amitabh Bachchan plays the fictional Anthony. Ironically, even as Goa University has a Chair that is also named after the late and otherwise uncelebrated Anthony Gonsalves, its future Bollywood course does a further disservice to unsung Goan musicians and entertainers. Devoid of any consideration for how mainstream Indian cinema once thrived on the creative labours of such minorities as Goans, only to side-line them after their value had been expended, a nationally inflected curriculum taught in the very homeland of these forgotten artists participates in a dominant representation of Indian culture that refuses to grapple with its religious and cultural biases.

While several may not know of the impact of Goans on Indian cinema’s history, what they know all too well about Goa’s place in Bollywood’s imagination is the portrayal of the region in any number of Hindi films. Bollywood’s continued dalliance with Goa is as a hedonistic beach paradise and with all that such a place entails. Goa is the seemingly unpeopled land that hosts the shenanigans of party-loving Indians who seek a reprieve from the mainland, thus exemplifying the relationship between the metropole its colonial pleasure periphery. And if perchance a film might actually remember that Goa is not devoid of locals, then their depiction is often that of a stereotypical nature, where the sexuality and drinking habits of these characters are the stuff of ridicule. Beyond this, one still wonders why any of these Goan characters speak Hindi, which is again testament to the culturally homogenising nature of Indian cinema.

Any Bollywood course at Goa University that fails to take up a critical analysis of Indian cinema’s gendered, class, and ethnic representations while also not pointing out the history of the industry’s cultural co-optation will simply rehearse a script we are all too familiar with. The proposed course represents the opportunity to correct Bollywood’s egregious treatment of Goans while also paving the way to offer undergraduates a chance to engage with cinema anew. In the meantime, the audience awaits. 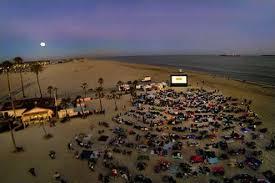 Posted by the nightchild at 5:22 AM No comments:

Goa and Macau share an Iberian past and a gambling present. Yet, casinos which rely on local heritage as lure do nothing to sustain it. 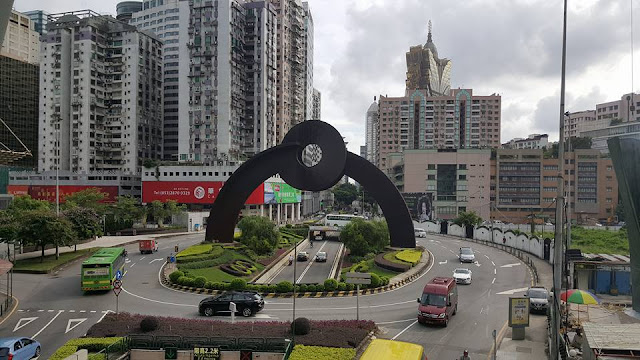 While on the hydrofoil to Macau on a recent visit from Hong Kong, I chanced upon an older issue of the on-board magazine, which prominently featured an article titled “Your Very Own Macau Experience” (Horizon, June 2016). The article is about the region’s latest tourism slogan: “Experience Macao Your Own Style”.  Leaving aside the odd grammatical composition of the catchphrase, it and the article’s title reminded me of the slogan created by Tata Housing for their Goa Paradise property project: “It’s Time to Claim Your Piece of Goa”.

Writing elsewhere, columnist Jason Keith Fernandes notes of the poster for paradise that greeted him at Dabolim airport in January this year, that what is most offensive about the Tata slogan is its blatant imperial tones. “The word ‘claim’ continues to have [colonial] connotations, and … is [an] effective call to an act of conquest” (O Heraldo, 22 January, 2016), Fernandes argues. While the consumer is given primacy in the case of both these advertising phrases, what the slogans also suggest is that these former Portuguese enclaves – their very Iberianness being the major draw for holidaymakers and investors – are devoid of locals, or that they do not matter. As Vishvesh Kandolkar deduces when writing in this newspaper about second homes in Goa, investment properties are promoted as “‘virgin’ sites” for the wealthy while the presence of Goans and their housing needs are occluded (“The Rise of the Villament”, 13 September, 2015).

Even as the article I read about the Macanese slogan presents the veneer of the isle’s culture, its true purpose is to showcase the many attractions offered alongside the casinos that the place has become famous for. The coincidence with Goa is once again self-evident, and not least because of designs to introduce yet another gambling boat into the state’s waters, amidst protests. As the pleasure peripheries of the great modern empires of India and China, Goa and Macau, respectively, serve as playgrounds whose Iberian charms make them just that little bit different, but not completely alien, from their mainland metropoles. Doing no great favours for the growth of local culture, casinos at both sites bank on the differentness of their host locations as a lure, with scant regard for sustainability, either of environment or industry. 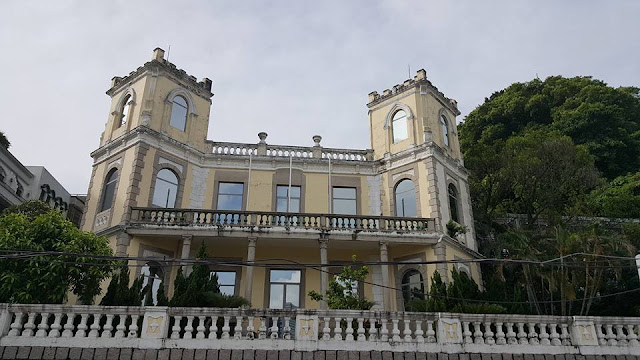 How long before some other attraction calls to the fickle tourist? While the impact of waterfront casinos in Macau and floating ones on Goan waters take their toll environmentally, they also cannot be relied upon as guarantors of local employment; simultaneously, the casinos’ reliance on local legacies sees no return. Investment in cultural heritage could be the long game, a consideration eclipsed by the desire for fast profits through short cons. For now, though it is the house that always wins, that victory does not belong to the land upon which it is built. 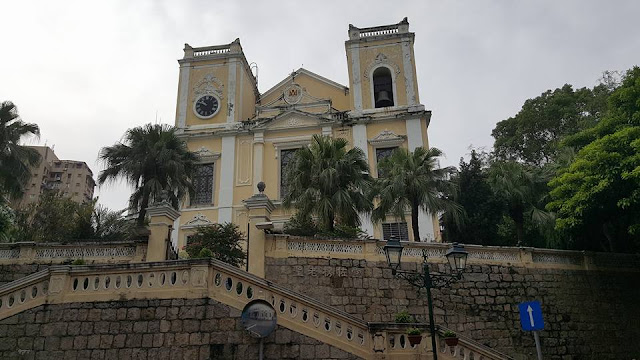 Posted by the nightchild at 9:34 AM No comments: