No strangers to referenda, even as Brexit is reminiscent of the 1967 Opinion Poll to Goans, the two are far from being alike.

Indeed, it was just a generation ago that Goans saw their fate decided by a referendum. The January 1967 Opinion Poll, which followed the 1961 annexation of Goa by India, allowed Goans to elect whether their homeland would be merged with the adjoining state of Maharashtra. My parents’ generation decided that Goa and Goans deserved to preserve their own cultural identity as reflected by the vote for the region’s geographic insularity. Nearly a half-century later, the fate of many Goans once again hangs in the balance as the results of another referendum on another continent are announced. The Brexit poll has concluded and, by a very slim majority, the people of the United Kingdom have chosen to leave the European Union.

On the surface, the polls may seem similar even though five decades separate them. Both the Opinion Poll and Brexit were about a decision to be part of a union, even if the former was to initiate a merger while the latter was to leave one. Nonetheless, the Opinion Poll sought to further undermine the autonomy of Goan people by seeking to obliterate the geopolitical boundary that, if nothing else, gave Goans a distinct cartographic location within the Indian union.

It should not be remiss that caste politics played out in the mobilisation efforts to galvanise Goan participation in the Opinion Poll. What could easily be mistaken for a show of Goan solidarity is but a veneer for the truth that if Goa were to become a part of Maharashtra, those of the upper castes would lose their mini fiefdom. This is not to suggest that a merger with that other state would have improved the situation. Rather, the results of the 1967 poll might also be analysed as the outcome of a decision by Goan bahujans whose solidarity lay with their own land and community, regardless of upper caste political designs. The interests of the elite would have remained the same regardless of whether Maharashtra were to take over or were Goa to remain separate.

However, even as these caste fractures within Goa are obfuscated, what the Opinion Poll further sought to occlude was that though it was a democratic exercise, it was one within a limited gamut. Goans were being given a choice in 1967 – a belated one that should have been theirs in 1961: not whether they should or should not merge with Maharashtra, but whether they should be part of the now-independent, formerly British India or not. If anything, the Opinion Poll was a means for India to further establish its hold over Goa through the charade of democracy. 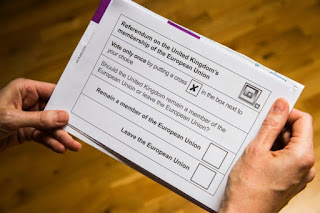 That Brexit impacts Goans is precisely because our tiny part of the world was once under the Portuguese Empire and only later under the Indian one. In contradistinction to those Goans who made their way to the United Kingdom via British East Africa in the last century, the more recent waves of Goan immigrants who have journeyed to England directly from Goa have done so as Portuguese citizens; their European nationality allows them to work anywhere within the Union. The later immigrants have largely been working class people who have sought to better their lives abroad while also adding to the labour pool and tax revenues of Britain. 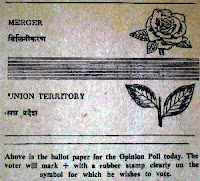 To say that Brexit is this Goan generation’s Opinion Poll would not be euphemistic. Yet, even as this vote affects Goans and so many others, the two referenda are not alike. The Opinion Poll was a decision by a colonised people to retain their identity, while Brexit is the expression of a very old and powerful empire flexing its clout in the modern era. The United Kingdom may be a kingdom only nominally, but as the birthplace of neoliberalism alongside the United States, it continues to function imperially, extending its colonial legacy of yore. Where the Opinion Poll drew the line around a minority, Brexit draws one against immigrants and refugees. Some hope is to be had in that only a little more than half of Britain voted for the exit, but it also shows a nation split and one that too conveniently forgets its history.

What is to become of those Goans who continue to be Portuguese citizens in the United Kingdom? What of the many Goans whose dreams of reacquiring Portuguese citizenship so that they could better their opportunities may now come to a standstill? Time will tell, but it will be a worrying wait as Europe and the rest of the world grows more xenophobic and the labours of the once and still colonised continue to underwrite the progress of the powerful.

From The Goan.
Posted by the nightchild at 9:44 AM No comments:


What’s in a name? Or rather, the accent that goes into its making? A little squiggle can say so much. The family tree creation website I am a member of, notified me that I had received a message. Checking my inbox, I saw that the email had come from someone with an impressively hyphenated surname, its many syllables redolent of nineteenth century colonial literature where such elaborate appellations were markers of aristocratic marriage alliances between suitably matched houses. Intrigued, I opened the electronic missive expecting a reconnection with a long lost relative with an illustrious past. Alas, the message, shorter even than the name of its sender, made up in temerity what it lacked in length. “It should be Ferrão”, my would-be patrician relative informed (nose turned up in the air, I imagined), referring to my online rendering of my last name sans tilde.

I shall come to reveal the secret of the missing accent soon, but permit me a while to reminisce about my personal acquaintance with that little squiggle that adorns my name. When I was eight, in preparation for sending me off to boarding school in India, my parents labelled all my things with my name. Though they said it was to protect against theft, it was perhaps their way of reminding me that they were still with me, despite the distance. At school, I would often look at the indelible ink on the inside of my shirt collars and recall my dad’s efforts. His oldest sister, who had dropped by to see me off, decided to stay and help my parents out. Entrusted with writing my own name in the books that I would be taking to school, I busied myself with the task, careful not to make a mistake while trying to impress my aunt who was watching my penmanship.

“You missed something”. I looked up quizzically. Relieving me of book and pen, my aunt added the little wavy line above our family name. “There”, she announced. “Now, you’re done”. Although I had seen the curlicue mark before, it had never dawned on me that it was actually part of my name. It certainly hadn’t been covered in cursive writing class. “What is it?” I enquired of my aunt. “It’s called a tilde”, she explained, “and when you see it over the letter ‘a’ which is next to an ‘o’, you know you have to say those two letters together through your nose. Like this”. She demonstrated, and I laughed at the funny sound she made. I had met my tilde for the first time and I decided that I liked the miniscule chap.

For Goans, especially those with a Catholic heritage residing outside Goa, it is not an uncommon experience to encounter folks who wonder at the seeming disjunction between the colour of our skin and the Europeanness of our names. And yet, even Iberian culture is not without its own miscegeny, what with the over seven century presence of the Moors on the peninsula resulting in such monikers as Almodôvar and Fátima, among others. Nonetheless, Goan names are exactly that. Even as these names may have their roots in histories of colonialism and conversion, in the same way that Goans have adapted Catholicism in uniquely local ways, so too have Portuguese names come to signify endemically Goan culture. For instance, in Goa, when one hears the name ‘Vasco’, it hardly conjures up the plume-hatted European navigator of José Veloso Salgado’s 1898 painting, Vasco da Gama perante o Samorim. 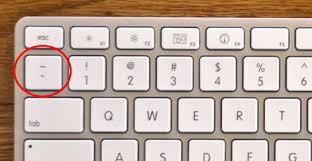 The worldwide ubiquity of the English language has meant that, for many, the skill of vocalizing the nasalized sounds so common in Portuguese is one that takes practice. In turn, this has manifested in the dropping of diacritical marks in the written version of once-sonorous Portuguese words and names, out of convenience and custom. But I would argue that Anglicization has also influenced technology. And to illustrate my point, I must come now to my confession of how I lost my tilde. To my interlocutor, the one who wrote to enquire after my missing online accent, know that it was not misplaced and that I have been aware of its place in my name for some time now. Rather, its disappearance was due to the fact that I am a luddite. I did not know how to use my computer’s keyboard to bend into shape the 451 years of Portuguese colonization that produced the squiggle that my Goan family proudly made its own.

From The Goan.
Posted by the nightchild at 8:34 AM No comments: