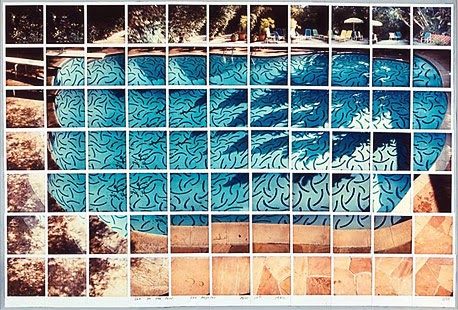 I stand outside my motel room on the balcony overlooking the swimming pool. Below, a cacophony of screams erupts as little children splash about in the water, bringing smiles to the faces of their adult guardians. They recall what it was like to be this young and carefree.

“It will take some time to get used to, this genteel south,” my new employer had said. I try to gauge his tone and the almost smile that flickers on his lips. In these early days of starting anew in a part of America largely unknown to me, I mostly stay in my rented room with the smell of stale cigarette smoke to keep me company. All my enquiries for longer term housing are made on the phone. “New to Virginia?” they ask. I respond vaguely.

Although I was five, I still remember that vacation, my first visit to the United States. My mum, sister, and I had accompanied my uncle and his family on the long ride to Virginia, the drive made in the small hours of the morning from across the Canadian border. It was so early that when we arrived at the border checkpoint, I groggily wondered how we had gotten there. I was concerned with how many cartoon shows I was going to miss more than where we were headed.

A small caravan of Goan folks in two cars, our extended family ensconced itself at a motel not unlike the one I find myself in now. The summer sun shone down furiously on Virginia Beach and the sea beckoned. We’d alternate our time between the ocean and the swimming pool at the motel. Only allowed in under supervision, we kids enjoyed splashing around in the chlorinated water of the pool. A group of young Italian tourists asked my mother if I was her son and if they could speak to me. Amused, she later asked her brother, “Why do you think those hippies are so interested in him?” My uncle responded, “Yeah, I noticed that. They want to be dark like him.” Anytime the Italians saw me around, they would come by to chat and ask how I was doing. “Ciao!” they’d say when they left. 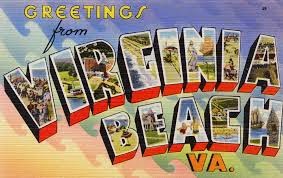 On the beach, a Christian organization handed out comic books and colouring pencils to the children my age. They organized games for anyone interested, with prizes awarded for participation. These consisted of more proselytising material like the comic books. I was drawn in by the bright baubles and my mother let me join the play group for my age range. Explaining how the game was meant to be played, one of the adult volunteers asked us to form a circle. “Now, hold the hand of the person next to you,” he said from the centre of the formation. I reached out my hand to the blonde girl to the right of me. She looked at me and quickly clasped her left hand to her chest, letting herself be pulled away by the child on her right whose hand she had been holding. The circle remained broken.
I cannot remember now if I stayed to play the game. Instead, I recall being sullen the rest of the day, unable to articulate why I felt that way. When I looked at the comic book I received, Jesus stared back, his long blonde hair sweeping his shoulders and framing his paper-white face. 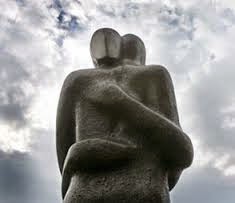 Finally, I find an apartment in town. It is near the train station. In front of it is a marker that mentions the history of the location. It was where the auction houses for black slaves were once situated. On the other side of the street stands the Slavery Reconciliation Statue in which two figures embrace. A chill runs across my dark skin. It is the end of summer. As the leaves fall and litter the street, I realise it is too late for the beach this year.

From The Goan.
Posted by the nightchild at 5:10 PM No comments: 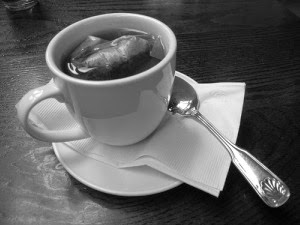 A cup of tea so civil until the taste of hemlock.


From Mizna.
Posted by the nightchild at 12:17 PM No comments: