Is it still home if it no longer exists? Reflecting on Goan history through the memory of expulsion, the writer asks if it is ever possible to recover what was lost. 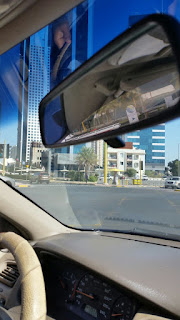 My father sends me an image over WhatsApp. “Tony took this photo,” he explains. “Do you recognize it?” I squint to decipher what it is I’m supposed to see in the tiny picture on my phone. The photograph, taken from the inside of a car, is mostly subsumed by the rear-view mirror, with towering skyscrapers in the backdrop, reaching into the sun which reflects blindingly off their mirror-like exteriors. “You see the small building?” dad coaxes. And then I notice it, a miniscule boxy structure, dwarfed by the high-rise modernity around it. “That’s where you grew up.”

Even now, Kuwait will catch me unawares. I’ve been struck by how many times in the last few weeks mention of the place has come up. While I was in Beirut last month for a conference, I met several Arabs who, while not Kuwaiti, had been born in Kuwait, just like me, my sister, and my cousins. We reminisced about our childhoods, our recollections of school, the Hungry Bunny jingle on TV, and going to Entertainment City – the amusement park. Pieces of the past come back to me from the dim fog of juvenile memory. But it is also evident to me that more than twenty five years since the Iraqi invasion and the ensuing Gulf War, there has been a collective recall of that time and place in the contemporary moment. Note the January release of the Indian film Airlift (2016), which chronicles the Indian government’s evacuation of expatriates from Kuwait during the invasion – the largest of its kind by a civilian air carrier in history. Sure, it’s not the first time that 1990 has returned to remind us of its impact; Al Jazeera has often run stories about that year, such as their series “Kuwait: Class of 1990” (29 July, 2015). “The occupation of Kuwait may have only lasted seven months, but the memory of it remains strong, not least in the minds of the children of that conflict,” the lead piece in the sequence muses.

Neither my family nor I had been in Kuwait when the invasion occurred. My parents had decided to return to Goa the year before. But in a matter of months, we would be reunited with the many Goan families we had known in the Gulf state. The war had brought several people I had grown up with ‘back’ to Goa. We were the lost generation: Goans our entire lives, suddenly plunged into a foreign place called home. For some, there was no getting over the culture shock. Like many other ‘Gulfie Goans’ of my generation, I went abroad to continue my college education. My journey to California in 1993 called for a change of planes in a country I thought I would never see again. My non-Kuwaiti blood having disbarred me from being a citizen, I was only permitted to view my birthplace from the airport. There was war damage that was still being repaired. 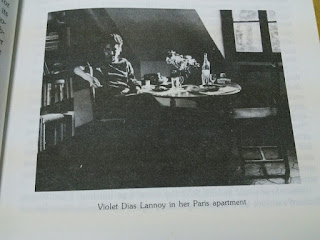 Certainly, I felt a sense of saudades – that Portuguese word adopted by Goans to explain feelings of loss, yearning, and nostalgia; a word that has no equivalent in the English language. In his biographical introduction to his wife Violet Dias Lannoy’s novel, Pears from the Willow Tree (1989), Richard Lannoy refers to the writer and her first husband, Behram, as members of the Lost Generation, the fledgling postcolonial cohort that saw the promise of decolonization rent asunder by “[t]he communal bloodshed of post-Independence India” (xv). For Dias Lannoy, this shattered promise reverberated in the Indian annexation of Goa, much to her shock as an activist-teacher who had worked with Gandhi. In her novel, the Goan protagonist Seb struggles to find his place in the new country, only to realize that it can never be his but not for lack of trying. The theme of loss due to invasion is a recurrent theme in Goan history and that of its diaspora. Much like the expulsion from Kuwait, many generations of Goans remember the exodus from Burma when Japanese forces occupied the region during World War II.

My attempts to write about my childhood in Kuwait often feel like they meet with failure – the lost words of a lost generation. In this recovery effort, I am reminded of a photograph in my aunt’s home in Miramar. “It is nowhere,” she responds puzzlingly to my query of the image’s provenance. “We lost our albums during the invasion. I had no photos of me and uncle. Your cousin recreated this one from two separate pictures.” The collage is proof of the past, much like the image of my childhood home proves it still exists. Even so, is it the place I remember?

Posted by the nightchild at 8:06 PM No comments: