In Psychedelic White (2007), his book about trance music and its primarily white consumers in Goa at the turn of the 21st century, Arun Saldanha first considers the 1950s subcultures through which young Anglo Americans expressed their sense of alienation from mainstream society in the post-war years. It was through the cooptation of black American music and culture, Saldanha opines, that white youth initiated a “hippie rebellion,” but in effect continued to be disengaged from black people. This paradox is further highlighted when Saldanha points to how Jimi Hendrix, “a messianic hero of psychedelic living and a Negro in Native American, Indian, and Gypsy garb” was all that white hipsters aspired to be. However, as a “Negro hipster” playing to largely white audiences, as at the 1969 Woodstock festival, Saldanha notes that to blacks, “Hendrix and his psychedelic rock [were still] white...” Even with the inclusion of black culture or musicians, the countercultural stance of the hippies and rock music did not become any “less white,” Saldanha rightly argues. 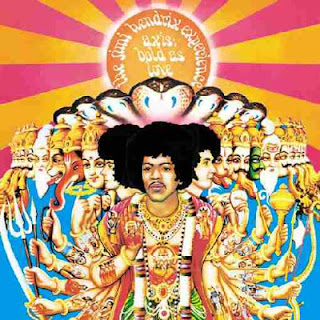 Similarly, in the Summer of Love, at the 1967 Monterey Pop Festival at which Hendrix performed two years before Woodstock, archival video reveals an awestruck, mostly white crowd taking in a virtuosic performance by another musician whose hands flew up and down the sitar like it was an electric guitar. At this very same musical event at which Hendrix famously set his guitar on fire, Ravi Shankar was introduced to the United States. If Hendrix was the black rocker who served as the epitome of racially-charged hipster cool to disenfranchised white American youth, then Shankar the fast-fingered Eastern string-slayer represented the exotic otherness that drew so many on the hippie trail to Goa with its alleged promise of a prelapsarian life in the sixties.

And while both Shankar and Hendrix marked rock music’s whiteness through their otherness, they also spoke to and of its margins. “[T]o his continual embarrassment,” Saldanha indicates, Hendrix’s audiences were generally white. This, only because so little is said of whom else did listen to his music, even if they protested its whiteness. But at Monterey, Hendrix was Shankar’s audience, and Shankar was reportedly horrified that a musician would set fire to his own instrument. It was a moment in which the two stringed-instrument players shone so bright and so closely to one another that they contrapuntally darkened the universe of rock music. Playing as they did at different times at the Monterey festival, Hendrix and Shankar were still in concert. Their performances bore witness not just to one another’s difference, but also that of the constitutive forms of music, cultural legacies, and “other” audiences that make rock music more than the anthemic rhythm of a narrowly-defined generation. Shankar’s passing away in California in December last, not too far away from that spot in Monterey where he and Hendrix played for the world, brings the music back to its first note even as the refrain echoes on. Rock on, Ravi Shankar.

This article can be seen in its original appearance here. 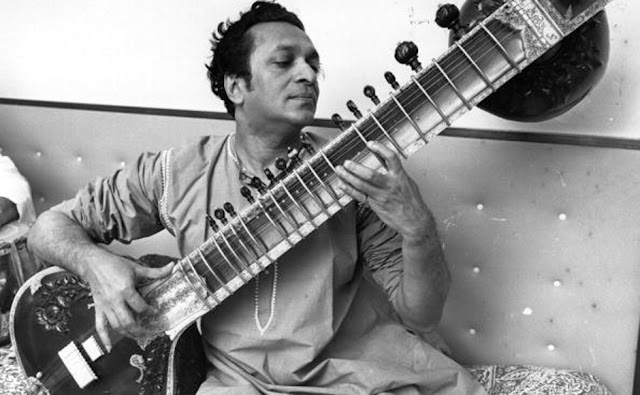 Posted by the nightchild at 5:33 AM No comments: