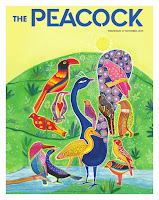 I knew Goa through the movies. Or, rather, the stories my father told me about them. Not having been born in Goa, these twice removed narratives of our fabled homeland had to make do in the absence of the films themselves and visits to Goa.

And if I heard these tales in relay from their actual source, then this was only fitting given the material. Believed to be inspired by French novel The Count of Monte Cristo (1844), Bhuierantlo Munis (1977), one of my father’s favourites, was the first Goan film to be shot in colour. In his book, Alexandre Dumas features a character who is fashioned after and named for a Goan priest who pioneered the study of hypnotism, an actuality history has all but forgotten. Readers encounter Abbé José Custódio de Faria (1756-1819) as the discombobulated but wily monk imprisoned at the Château d'If in Dumas’ classic. Here, fiction coincides with fact, for the real Abbé had been incarcerated at the Bastille at the time of the revolution. 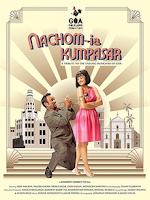 Bhuierantlo Munis was produced by musician Chris Perry. His life itself provides the basis for Bardroy Barreto’s Nachom-ia Kumpasar (2015). I had the pleasure of watching the movie with my parents at Panjim’s Maquinez Palace. The highly lauded film recalls the yesteryear soundtrack of my parents’ generation. As evidence, my mother and others of similar age in the audience sang along with the on-screen performances. But as further proof of the cultural legacy of the music popularised by Perry and the ever-amazing Lorna Cordeiro, whose lives are fictionalised in Barreto’s film, I was additionally struck by how the twenty-somethings seated in the row in front of me would also lend chorus to the songs, many of which still play on Goan radio stations.

Coming as I do from a family that spans the Goan diaspora, the region’s cinema has also taught me about the lives of relatives I have only had passing acquaintance with. The first time I met my grandmother’s brother, it was on his long overdue visit to Goa after having resided in Karachi since before the end of Portuguese rule. Dinesh P. Bhonsle’s Enemy? (2015) gave me some background about how returnees, like my great uncle, are kept from reconnecting with Goa. 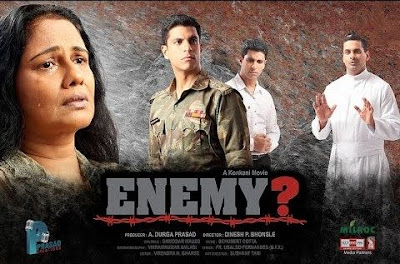 In Enemy? a Goan family once resident in Pakistan return to their native land to discover that their ancestral home has been seized under the aegis of the Enemy Property Act of 1968. Created after the India-Pakistan War of 1965, the law allows the Indian government to take over the properties of those deemed citizens of enemy nation-states. The act targets Pakistani nationals, primarily those displaced by Partition, post-Independence. For the many Goans affected by the act, it was not Partition that cleaved them from their land, but the annexation of Goa by India which then made the formerly Portuguese territory beholden to this law. 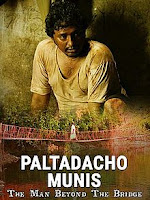 Goan cinema is its own form, its source material deriving from local contexts and histories. Part of the Goan Story segment at IFFI 2019, recent movies like Laxmikant Shetgaonkar’s Paltadcho Munis (2009), Dnyanesh Moghe’s Digant (2012), and Miransha Naik’s Juze (2017) dwell on memory at the same time as they challenge conservatism and society’s rigidities. This current resurgence of Konkani filmmaking in Goa is arguably emblematic of an endogamous cinematic movement, one I’d like to call Goan Verité.

Goans have adopted the word saudades from the Portuguese, a sentimental term simultaneously expressive of nostalgia as well as loss and yearning. Goan Verité explores saudades as it takes on current realities and envisions ways forward for our community.

From The Peacock.
Posted by the nightchild at 11:33 AM No comments:

I ask about the fading film posters on the wall: one from Mardon Wali Baat (1988) and the other from Aag Hi Aag (1987), surprised to see these Bollywood artefacts so far away from their origins. Rania Elias, director of the Yabous Cultural Centre tells me during my visit in June 2019 that they are remnants from more than 25 years ago, Indian films being popular at the cinema then. The dates of the posters coincide with the closure of Al Quds Cinema, which only reopened at Yabous in 2012.
It is the only cinema in Occupied Palestine’s East Jerusalem.

I tried to imagine what it meant for a community not to have a cinema for 25 years, films being so integral to public culture, the material of everyday conversations, a medium that ignites the imagination. 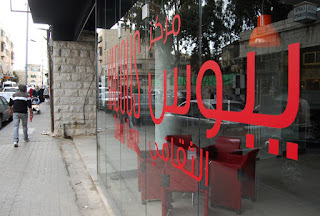 “Built in the 1950s, the popular East Jerusalem cinema once held up to 800 persons and screened commercial films from the region and around the world until the Israeli authorities closed it in 1987, at the start of the first Palestinian intifada,” The Electronic Intifada (20 February 2012) chronicles in an article about the relaunch of the institution.

Though for the intervening years between Al Quds’ closure and reopening there may have been no public space where films made by Palestinians could be viewed in community, cinema about and by Palestinians demonstrates a variety of forms and themes.

At IFFI, this year, Elia Suleiman’s new comedy, It Must be Heaven, follows the journey of a man who leaves his native Palestine to seek opportunities elsewhere. Exile is a recurrent subject in Palestinian cinema, as is occupation. In Degradé (2015), twin brothers Tarzan and Arab Nasser direct a story about thirteen Palestinian women trapped in a beauty salon in Gaza. 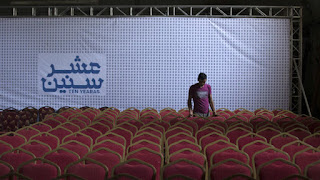 Like East Jerusalem, Gaza too was sans community cinema for decades, meaning that the Nasser brothers, who are from there, would have grown up without it. The Independent (27 August 2017) reports that Gaza City’s Samer Cinema closed in the 1960s. It wasn’t till 2017 that Gazans could watch a film in a cinema for the first time in the 21st century. The first screening held there was the premier of Ten Years, a feature about Palestinians in Israeli prisons.

Palestinian filmmakers exercise their art under trying circumstances. The Israel-born Palestinian director of Paradise Now (2005), Hany Abu-Assad, “was reportedly threatened by both sides in the conflict,” Roger Ebert writes in his review of the film about suicide bombers, curiously adding that “the film is dangerous because of its objectivity…” 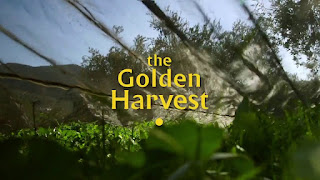 Currently on the film festival circuit, Palestinian American director Alia Yunis’ documentary The Golden Harvest tracks the cultural legacy of olive oil. Though the documentary takes one through Italy, Greece, Spain, and Israel, its heart is in Palestine. In an interview with The National (7 April 2019), a news source from Abu Dhabi where Yunis resides, she muses, “My dad was born in Palestine and so was olive oil.” A tribute to her father’s memory, the film is also about olive trees as markers of Palestinian heritage, especially in contested lands. Yunis remarks, “The olive tree is exceptional … and ultimately, for the owners of the trees, proof of existence … But all plants connect us to the ground beneath us, and understanding that gives us roots to grow, too.”

A similar thought occurs to me about cinema, which is a site of representation and collective memory. Al Quds Cinema in East Jerusalem may be the only one, but it is more than just one of a kind.

Addendum: Rania Elias noted in an email to me that the original owners of Al Quds closed the cinema down out of concern "due to the political situation and the first uprising."
Posted by the nightchild at 1:11 AM No comments: